We all know that in the brewing market, the country is well-known for its cask beers, which are otherwise called as real ales.

But, this is all the country brews? Absolutely not! Whenever we try to understand the types of English beers, we could realize that these are complicated!

From the ancient historical times till date, the English beers have been changing from time to time and hence, they are difficult to understand. If you are among those who are interested in understanding the English beer types, just continue reading.

I am sure you will not regret knowing the types of English beers rather you will be pretty happy about it. So, read on…

So, what does the term bitter mean? Broadly, this is the term used for describing the well-hopped pale ale types of beers.

In general, these are found to have strengths of 3.5 to 7% ABV and would appear pale gold to deep mahogany in colours. 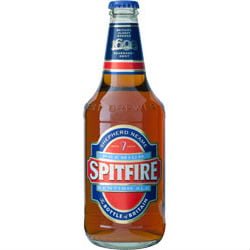 You know what? We have subtypes in this version of beers and each of them is differing from one another in terms of strength.

Session/Ordinary Bitter: These are the weakest bitter beer types and would have strengths of about 3 to 4.1% ABV.

Best Bitter: These are found to be bit stronger than the ordinary type and their strengths are ranging between 3.8 to 4.7% ABV.

Premium Bitter: These, which are otherwise known as ‘extra special bitter’, are found to be having strengths of 4.8% and above.

The colours are found to be varying from bronze to copper. These generously hopped beers would give a dry and crispy taste with some sweetness.

Golden ales were originally developed during the 20th century in order to compete with the pale lagers.

These, which are otherwise called as summer ales, are found to be having a similar appearance to that of our pale lagers with their malt character having subdued and their hop profile ranging from spicy to citrus.

The strengths of these English beers are found to be ranging from 4 to 5% ABV. The most commonly used hop additions for the golden ales are Styrian Golding and Cascade.

Traditionally, the Indian Pale Ales are the heavily hopped beers and were developed for export to the Indian Subcontinent.

But today’s Indian pale ales are found to be the stronger variants of ordinary ales, but with the slightly higher gravity than them.

Most of the present-day Indian pale ales are found to be deep golden to medium amber coloured and are found to be giving some lively aromas of English hops (earthy, grassy, and floral).

These, which were traditionally associated with north-eastern parts of the country, are generally sweeter and tend to be full-bodied and stronger than the mild ale English beer types.

In most cases, we can find that these beers are deep reddish brown in colours. In these beers, both the hop aromas as well as the bitterness are usually found to be lower.

In other words, we can say these ale beers are less bitter than ordinary pale ales, but are higher in malt and alcohol contents than them. The alcohol levels of these beers are found to be lying between 4 and 5.5% ABV.

Mild Ales are originally from London and even today, they are considered as the regional favourites there.

These are lower in their alcohol levels but are flavourful. The mild ales are found to be light to medium bodied with 3 to 3.6% ABV and are mostly dark in colours.

These are very similar to mild ales but are found to be pale in colours. We could find that these English beer types are sometimes overlapping with the weakest types of bitter.

This is the English beer style that is used to describe the beers that are kept for a long time before consuming. We could find that most of the old ales are full-bodied and darker in colours.

They will be tawny with the sweetness of the nutty malt. In simple terms, these can be called as the higher alcohol versions of the pale ale with some fruity characters.

Historically, the term barley wine was used to describe the strongest ale. Today, this is found to be richest, as well as strongest English ale and is found to be having wine-like alcohol contents.

More often, the colours of these beers would vary from bronze to mahogany although there are golden varieties too. These ale beers are found to be heavy, full-bodied, and malty in nature and would come with high fruity flavours.

This was found to be the principal beer type of England in the past and this represents lighter bodied and less malty beers when compared to the other group called stout (described below).

The degrees of sweetness, as well as hop characters, are found to be varying thus giving rise to the following porter subtypes:

These would taste more or less like our stronger mild ales or brown ales and found to be having strengths of about 4 to 6% ABV.

These are the beers that are sweeter than your brown porters and are coming with some extra alcohol contents when compared to the browns. The alcohol contents are found be lying between 4.5 to 7% ABV.

These are the strongest porters with up to 10% ABV and are found to be less bitter with caramel and fruit flavors.

These, which were first produced during the 19th century, can be otherwise called as high-gravity porters.

In general, the stouts are found to be darker in colours and hence, they appear black in most cases. The subtypes of stout are:

These are brewed with oats for smooth textures and are found to be displaying varying levels of sweetness.

These are brewed with powdered lactose sugar and are sweeter when compared to other stouts.

These are strongest stouts with high doses of malt or hop bitterness. 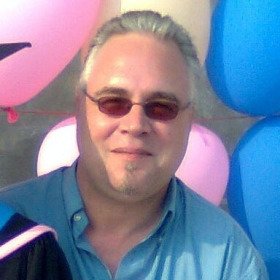 Mac is an avid traveller, who spends many months of the year wandering the world with a laptop and a suitcase. He has been a wine lover for over 30 years, and has a fondness for Italian reds, although don’t ask his opinion on the Barolo Wars. On his travels he has tasted a great many wines. Some good, some bad, and some that should never have been sold for human consumption.