Gunhild and Jorgen Fogh Rasmussen established a small brewery in 2008 after Jorgen had been brewing his own beers for ten years before. 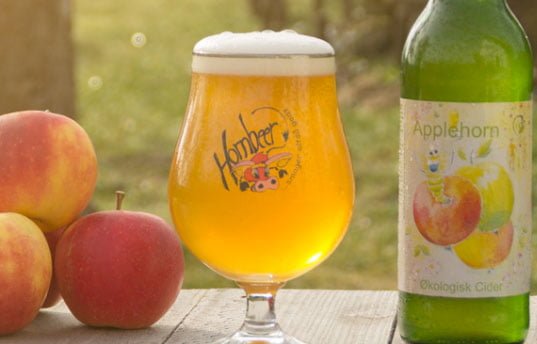 Man and wife were ready to brew in the big league as they both had a passion and love for beer and wanted to commercialise their brand.

Their first beer “Caribbean Rum stout” was selected as the best new beer in Denmark and their farmhouse brewery at that time was a small brewery that could only house 300 litres per batch but it was at this time that they became very popular.

Unfortunately, a devastating accident led to the farmhouse burning down, forcing the two to start over a few months later by converting a garage into a brewery sourcing and collecting equipment from all over the world in order to make the best beers and in 2009 they were ready to begin again with their first brew.


Today they produce over 30 different beers with the capacity to produce 2000 hl/year and have won numerous awards for their brewing.

Gunhild has a studio where she designs all the labels and she does this because they want the bottles to be colourful and happy representing each individual beer as they all have a history of their own.

The labels are unique and stand out as a representation for each beer,  giving the consumer a cheerful outlook.

The Rasmussen philosophy is that beer should be distinctive and drinkable at the same time and they have a variety of beers for consumers to select; fruit beers, fermented beers, lagers, IPA’s, ales stouts and unique beers that are supplied to Scandinavia, Germany, Italy, Belgium, France, Poland, Russia, England, Canada, Brazil, China and many more.

They try to use minimal resources when it comes to making the beers and try their best to be eco – friendly with solar panels on the roof of their brewery supplying the electricity, the beers are cooled naturally from the ground and they also have many organic beers as well as wanting to ensure that in time all of their beers will be CO2 neutral and they have been awarded several times as Brewery of the Year in Denmark.

The Colourful Beers of Hornbeer

They have five varieties of beer to choose from and each one has a unique and colourful label.

has a variety of 16 beers

Pale has variety that includes

The brewery is located in Kirke – Hyllinge situated in Bramsnas, Roskilde, Denmark and as a visitor, you are able to examine the artistic efforts of Gunhild and see how the labels are designed and made with the intention to give the bottles character and a fun outlook as well as learning to brew with the brew master Jorgen as he demonstrates the process of making their beers.

You are able to bring your own food and a blanket to enjoy a picnic on the grounds and the tastes of their various beers are there to sample.

As the best Brewery in Denmark this couple are determined to have the world take notice of their flavour filled variety of beers as they work together in an eco-friendly environment creating and producing original and interesting beers that catch the eye of the consumer not only because of the colourful labels but because of the innovative and intriguing tastes too.