From Generous Lords to Demanding a Grand Cru Classe Classification 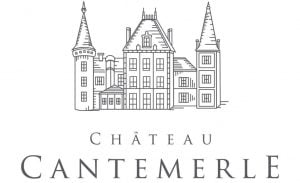 As one of the oldest estates in the Bordeaux region of France, situated in the Haut – Medoc Appellation one of the largest areas under vine is the Chateau Cantemerle.

Chateau Cantemerle is a Grande Cru Classe estate that dates back to as early as the 12th century when Arnaud the Lord of Blanquefort donated many territories before leaving on a crusade to the monks with Pons de Cantemerle as a witness in 1147 and rumours have it that both he and Arnaud left together on the crusade only to return in 1151.

Aquitaine was under English rule a century later and Lord of Cantemerle was sent to fight against King Louis for the King of England in the battle of Taillebourg which he lost, but was fortunate enough to be able to keep his domain and his direct descendant Ponset de Cantemerle became the lord of the estate in 1340.

Viticulture production began at that time when Ponset paid tithes in wine in the form of a Bordeaux cask or Clairet and in 1422 a squire by the name of Jean de Caupene became the lord of Cantemerle through a title deed.

A union was formed through the daughter of Jean when she was promised in marriage to Henry de la Roque and his son became the lord of Cantemerle.

By 1540 the estate had passed down to sons that became the lord of Cantemerle but did not have any profits and the collection of wine was minimal because most of the farming done during that time and through most of the Middle ages was cereal growing.

In 1579 Jean de Villeneuve the second President of the Parliament of Bordeaux bought the buildings and noble houses of Cantemerle along with many other estates and by the 1600’s formed a partnership and was known as the Villeneuve de Cantemerle family after marriages between the families.

Tithes and taxes were no longer an issue and Villeneuve decided to concentrate on producing wines and the change of ownership led to a new kind of land exploitation called “Bourdieu” which was the principle of sharecrop leasing, where the owners would take care of their farms and the lesser would receive half the crops produced and this led to wine being the main industry for the lands of Cantemerle and by the 17th century became a complete wine growing area.

The estate of Cantemerle continued to be passed down to sons of the lords until Jean de Villeneuve – Durfort took it over and passed it down to his son, who was too young to manage the estate and it was then taken on by his mother Caroline.  Her son died unexpectedly and the estate was then back in her control and with Carolines good business mind, the quality of the wines and the reputation of the estate became stronger and she also demanded that the wines be reconsidered as Grand Cru Classe wines in the 1855 classification system, which she managed to get right.

In 1892 the last descendants sold the estate after 300 years to Bertrand Clausel and in 1981 it was sold to the SMABTP group who had a lot of restoration to do and in 1999 increased the size of the vineyards with an extra 20 hectares.

The vineyards are located on deep gravel and silica soils in the Macau and Ludon villages with 91 hectares under plantation consisting of 60% Cabernet Sauvignon, 30% Merlot, 6% Cabernet Franc and 4% Petit Verdot with an average age of the vines being 30 years old.

All the grapes are hand- picked and then sorted on tables with de- stemming and crushing done at the same time and grapes from each plot are fermented separately.

Ageing is done in 50% new French oak barrels for 12 to 16 months depending on the vintage.

The wines of Cantemerle are Château Cantemerle with an annual production of 25000 cases per year and their second wine is Les Allees de Cantemerle.

Unique soil conditions and the microclimate make for great wine with lively flavours and powerful bouquets that can be enjoyed young.

Chateau Cantemerle 2013 has aromas of black cherry and light oak with flavours of spice, tobacco and blackcurrant

Les Allees de Cantemerle 2013 with aromas of red fruits such as raspberries and redcurrants this wine offers an exquisite lightness.

Visiting the Château Cantemerle is by appointment only and with the beautiful lake, park, vineyards and the historic chateau, there is a great deal of peace and tranquillity found as you taste the wines that have come from an estate that has stood the test of time from as early as the 12th century.