From Monks to Ruins to a Family Tradition 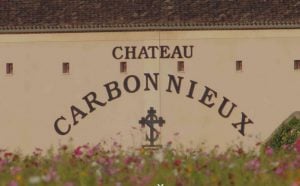 Wine and the making of wine have been known for generations and for centuries with the earliest archaeological evidence dating back to 6000 BC, where sites were uncovered in Georgia.

Iran also had historical wine roots, but the oldest one was uncovered in Armenia dating back to 4100 BC.

Wine has been a part of religion too, and it began with the Greeks worshipping Dionysus and Bacchus with the Romans continuing on with this cult.

The Jewish religion has a ritual wine consumption as well as the in the Catholic religion as part of the Eucharist commemorating the “Last Supper.”

By the Middle Ages wine was a common drink of all social classes where they could cultivate grapes, especially in the South.

Wine was exported but because of the high cost involved, it was consumed mainly by the middle and upper classes and seldom by the lower class.

Wine was necessary during the mass and because of this the Benedictine monks became one of the largest wine producers in France and Germany and they owned vineyards in Champagne, (yes Dom Perignon was named after a monk!)

They also owned vineyards in Burgundy and Bordeaux.

Chateau Carbonnieux, located on the Chemin de Peyssardet, south west of Villenave- d’Ornon in the Pessac Leognan region of the Graves, was founded in the 13th century by the Benedictine monks of Sainte – Croix Abbey and they were one of the first estates to be included in the Graves wine classification for red and white wines.

These monks exported their wines to the abstemious sons of the Prophet in Levant in bottles that were labelled, “Eau minerale de Sainte- Croix.”

Proof of the monks was in a deed of exchange dated April 1292 and during this time there was a vineyard forming an enclave in a dense forest owned by the Carbonius family, but after a 100 year war a quarter of the property was taken over by a Bordeaux apothecary, Jean Dupuyau.

In 1519 his widow sold the land to Jean de Ferron and his land purchase continued under his successors for two centuries.

Charles de Ferron ran into debt and sold it to the monks and after their grape reign and successfully sold the estate and it passed hands a few times before it became the property of the Perrin family.

In 1956 the estate was a little neglected and renovation took place with the replanting of the vineyards.

Today the estate consists of 92 hectares, a fermentation cellar, modernising the cellars for the vinification process and the family also restored the chateau.

Today there are still traces of the presence of the Sainte- Croix Abbey monks in Bordeaux and the acronym at the top of the towers and at the centre of the gate, the “S” and the Holy cross which was the emblem for the Abbey and can be seen on the label on the “La Croix de Carbonnieux” bottles.

Graves is known for its fantastic soil and named this way due to the gravel content and it is perfect for vines because of the well drained and light reflecting soils which are a good combination for growing both red and white grapes.

Thanks to the regions geological activity throughout the millennia with glaciers and rivers transporting mineral rich silts down from the mountain sources, the terroir is fantastic for vineyards.

In keeping with tradition, the grapes are hand – picked and selected carefully before they go through the fermentation process, but the interesting part is that the lees of the wines are stirred continuously by hand during the 10 months of barrel ageing.

The cellar has stainless steel tanks that are temperature controlled and this is used for most of the red wines, but almost all of the ageing is done in the new French oak barrels.

The ageing of the red wines last for 18 months in oak barrels and oxygen passes slowly between the staves of the barrels gently preserving the wine.

Each barrel is identified by the plot of its origin and at the end of the ageing process, blending gives the wine its life.

La Crois de Carbonnieux has the Monks emblem on the label and the white wine has the aromas of exotic fruit and grapefruit. It is a pale yellow colour and has a distinctive mineral character.

La Crois de Carbonnieux red is a ruby colour with aromas of red fruit, blackcurrant and mulberry, with a Smokey touch.

This label is rarely seen out of France and is popular for a table wine in and among the French restaurants.

2014 Château Carbonnieux Blanc has the aromas of lemon, lime and green apple with a fresh and energetic note ending with citrus fruit.

The wines are interesting to taste as they each have a different character and this can be tested when you visit the Château with all the history and the soil rich in minerals.

Not only can you feel the presence of the 12th century monks, but you can also see how the Perrin family has resurrected the Château into a well known and thriving winery.