Preservation, Restoration and Estuary’s at the Chateau Dauzac 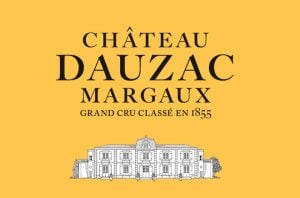 France is not just about Paris and the Eiffel Tower, it is also about history and passion and of course the picturesque and quaint villages that you can experience in the countryside when visiting one of the regions that produce great wines and champagnes.

The Margaux appellation is one of the better known ones and it was one of the very first Bordeaux areas cultivated for wine making and was once visited by President Thomas Jefferson, because of this reputation.

Located in the Margaux appellation in a small commune called Labarde is the Chateau Dauzac with its history dating back to the 12th century, when a portion of it belonged to the Benedictine monks who were well known winemaker of that time.

In 1622 a parliament official bought the estate and then sold it to a wealthy wine merchant, Pierre Drouillard in 1685, turning it into a flourishing vineyard.

After his death, his daughter Elisabeth inherited the estate and her family continued on to produce the great wines and as the Margaux appellation was well known for middle and upper class aristocrats, the region attracted wealthy people who were attracted to the area.

Elizabeth’s son continued on with the estate until his death in 1836.

In 1841 the Wiebroocks bought the estate and fell into the 1855 Grand Cru Classe classification for their wines, which was classified by Napoleon 111.  1863 brought a new family who was known for saving vineyards across Europe, the Johnson family.

Jean Jacque Bernat bought the chateau in 1929 and he used thermo regulation which included ice for his vinification process.

In 1978 Felix Chatellier and sons, a farming magnet, hired an oenologist to exam the process of vinification used at the estate.

By 1988 the estate was bought by a French insurance company who entrusted the already known wine maker, Andre Lurton to run the estate.

The result was a complete restoration of the vineyard and the chateau with plans to progress into an estate that expresses its terroir.

The mansion is nestled in a wooden park with its 18th century architecture and it is 120 hectares; vineyard, a park with a collection of Orchids, the farm buildings and a conservation garden with rare plant species.

The farm building was renovated in 2004 and houses the gravitational winery.

Chateau Dauzac vineyards consist of 60% Cabernet Sauvignon and 40% Merlot with vines as old as 30 years.

The estate produces “Chateau Dauzac” from their Margaux appellation, a second wine, “La Bastide Dauzac and a third wine from their Haut – Medoc Appellation, “Chateau Labarde”.

The harvesting is done in small crates and left to ferment in wooden vats.  The wines are matured in an air conditioned cellar in French oak barrels with 60% of the barrels being replaced each year depending on the vintage’s characteristics.

Once the process is complete, the wines are then aged for another 16 to 18 months before it is ready to be bottled.

These majestic vineyards stretch along an estuary a few metres away from the water’s edge over an outcrop with a deep layer of gravel and the deposits with rich minerals contained in them from the river.

An eco-friendly approach to farming is done here and the team at this is estate respect the plants and the environment as well as using organic fertilisers.

It is also of the utmost importance for the team to allow nature to do as much as possible so that the wines produced have great characteristics that have been developed on their own.

Chateau Dauzac is predominantly Cabernet Sauvignon that offers an abundance of black cherry and blueberry fruits.

2005 Chateau Dauzac is a tannic and concentrated Margaux that needs to mature for another 5 years with the aromas of flowers, black and red plums, cassis, smoke and liquorice.

Chateau Labarde is a deep purple/ garnet wine with aromas of fruit and spice.

Aurore de Dauzac is a blend of Merlot and Cabernet Sauvignon with a rich balance and an intense fruity feel.

Labastide Dauzac is a wine that can be shared by all, not just wine enthusiasts as it is an elegant but young wine.

As a visitor, you will be able to experience the tranquillity and peace that can be found in the grounds of the estate.

Perhaps whilst soaking it all in you might wish to get a taste of the character filled wines after a tour in the vineyards and the cellar.

Here you will be able to taste the exquisite wines before you head on to the mansion with its 18th century feel.

Who knows, it might inspire you to read up on your history after you feel the presence of the monks and the middle class with the past submerged into the modern and environmentally friendly present.

If this is still not enough for you then you can take a look at the honey extraction or you can enjoy a lunch with wine pairing at a picnic table.

History, architecture and beautiful vineyards are what you would expect when visiting the French Wineries. And what is better than going back to a time where wine, food and friends were of the utmost importance because as the saying goes, “Qui Vivra Verra” - “He who lives shall see”.