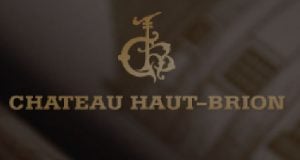 In 1426 Johanna Faure grew vines for the local chapel and the monks at what is known as Haut–Brion today, but in 1521 it was known as Aubrion when it was owned by Pontac who received the property through a dowry after his wedding.

Pontac built a mansion and appreciated the gravelly hillock terroir which he used for vine growing.

Records show that his vines were fully grown 100 years before the classification system of 1855, making this estate, located in the Pessac Leognan Appellation in the northern part of the Graves in the Bordeaux region, France the earliest identified first growth property.

Jean de Pontac was the wealthiest man in the city and died at the age of 100 after three marriages and 15 children, creating a dynasty that became a flourishing wine making estate with his decedent’s continuing on and many of his children were helpful in the community and were known to be generous.

Arnaud, his grandson became a priest and devoted a lot of his time in helping others.

His successor and nephew Geoffroy serves as a president and a judge with lavish tastes and money spent on luxurious living, adding an extra wing to the estate and producing wines that were fit for kings and enjoyed by noblemen and it was the first estate to have had a review of the wines in 1653 which led to the beginning of Haut–Brion as the first wine to be named by the state and not the owners.

A tavern was built and the vinification process of these wines became the benchmark for the world’s best red wines today and at that time created a new style of wines with vinification and fermentation methods that became popular with taking them of the lees, pumping and topping off the barrels, giving the wines time to age and put Bordeaux wines on the map, even centuries ago and was the first wine to welcome and appreciated outside of the Appellation.

The dynasty continued followed by a few more descendants and finally the last son left it to his sister Theresa de Pontac whose son Francoise ran the estate until his death, leaving no heirs which meant that it would continue on through the female line and his sister’s son Louis de Fumel, a former king’s guard became the new owner.

His son became the new owner and was a family man who built a park and intimate garden that can be seen today.

He concentrated on making great wines to continue on from his ancestors, but took up a career in politics and received a Royal and Military Order for his efforts.

The revolution forced Haut–Brion into remaining dormant after Fumels beheading along with his daughter when the property was confiscated and once it had subsided the remaining heirs fought over who would control the estate and bought it back through an auction only to sell it again.

Talleyrand was not interested in making wines as he did not have the know- how and was recognised for the wines that were kept in the cellars and the estate was once again sold to a wine merchant who drove the estate into bankruptcy and was forced to sell his shares to his partner who died suddenly, forcing his wife to sell again.

Moving forward the wines of Chateau Haut–Brion were highly in demand and in the 19th century labels, branded corks and glass seals were found making Haut–Brion, one of the first estates to bottle their own wines and received the Grand Cru Classe classification of 1855 with the Larrieu family being the owners who restored the property to its full glory and also bought back portions that were sold off.

Phylloxera destroyed the vineyards and they were replanted along with new and improved cellars, but after his sons argued about the estate it was sold again to Andre Gibert who had a passion for farming and wine, but with no heirs wanted to donate the estate, but it was too much to maintain and Clarence Dillon, an American banker converted the estate into a hospital in order to help wounded French soldiers as his mother was a French descendant.

He fell in love with the estate and finally received the opportunity to purchase it.

After the War the Dillon family continued on to make Chateau Haut–Brion a success, whilst Clarence Dillon’s son worked closely with President Kennedy and left his daughter Joan, who married the Prince of Luxembourg, they had children and the continuation of the estate today is led by the Prince ensuring the Dillon family legacy continues on.

The estate consists of 48 hectares of vines in deep gravel soil covered in clay with quartz and minerals along with Gunzian gravel which gives good drainage.

Some blocks of the vineyard have 90 year old vines, but most are an average of 30 years with varietals Merlot, Cabernet Sauvignon, Cabernet Franc and Petit Verdot.

2% of their vineyard has been reserved for white wine varietals for the production of Chateau Haut-Brion Blanc and are planted with Semillon, Sauvignon Blanc and Sauvignon Gris.

The winery consists of double skinned stainless steel vats for the production of the red wines and the wines are aged in 100% new French oak barrels with ageing of up to 2 years.

The barrels are made in their own cooperage factory and blending is done before the ageing process directly after fermentation.

The Wines of Château Haut–Brion

Chateau Haut–Brion Blanc is considered to be one of the most expensive white wines, but is also the world’s best white wine.

Chateau Haut – Brion Premier Grand Cru Classe 2014 is a dark red wine with aromas of smoke, tobacco, red and white fruits and has a smooth and silky texture with a fresh flavour of cassis

Le Clarence de Haut – Brion has aromas of black raspberry, thyme and hints of forest with an end note of cherries

Chateau Haut – Brion Blanc has a searing acidity with explosions of grapefruit, lime and honeysuckle and floral note.

When visiting the estate it will be a fantastic idea to appreciate the gardens and the growth that occurred throughout history with the improved winery and the wines that were one of the first to be produced from the very first vine terroir.