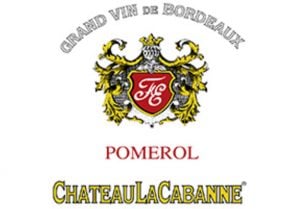 Pomerol is a wine growing commune within the Libournais or right bank in Bordeaux, France.

There is not much of a village here and the entire place is 4 kilometres long and 3 kilometres with a church and vineyards that surround it.

Evidence of vines trace back to the ancient Roman times and the villagers of Libournais began to plant vines and harvest in the 1500’s as at this time it was part of a larger domaine, including the land that is now, Chateau Bourgneuf – Vayron, Clinet and Trotanoy.

In time the land scattered and was then owned by the Berthomieu family and by the 1860’s it passed on to the Destrilles who sold the estate to the Laveau Brothers in the 1890’s.

Chateau La Cabanne takes its name from the area that it is located in called, Cabanne and it was first owned by the Audy family, negociants and vineyard owners, who purchased the property in the 1900’s and then sold it to Francois Estager, a negociant that came to the region to establish the Bordeaux’s wine trading since 1912.

This region was recognised as a distinct wine region by the French government and received an AOC status in 1936, as one of the most prestigious of the Bordeaux AOC’s but was not included in the Bordeaux classifications as it was discovered much later on.

Francoise was already well known when he purchased the state in 1952  his son, Jean – Pierre taking over the reign of the vineyards at the chateau in 1962 where he meticulously worked the vines in order to sell the wines.

After his passing, his wife Michele and his son Francoise continued on to produce the wines of the estate and they still do so today as well as being the owners of other properties in the right bank area.  Florent Faure is the oenologist for all of the Estager estates.

In 2010 there was a fire that destroyed most of the estate as well as the 2008 vintage that was left in the vats, therefore forcing the Estager’s to renovate the entire chateau.

The vinification process is done in temperature controlled stainless steel vats with malolactic fermentation done in the barrels and the wine is aged in 60% new French oak barrels for 18 months.

Vines in the vineyard are 30 years old and are situated right on the Pomerol plateau and the estate is 10 hectares.

They have two wines; Chateau La Cabanne which has an annual production of 2500 cases and they also produce a second wine; Domaine de Compostelle.

With the magical essence of the terroir on the plateau with nothing but an authentic and antique church in the middle of it all, this is an estate that has ambition and courage that has endured for centuries and the proof is in the wines that are produced at Chateau La Cabanne.

Chateau La Cabanne; the label dressed with a family crest is a bright, spicy and fresh wine with aromas of earthy red fruits

2009 Chateau La Cabanne has aromas of black raspberries, strawberries and herbs finishing with an end note of cherry.

Domaine de Compostelle Pomerol the second wine from the chateau is a deep ruby colour with purple overtones and aromas of cherry, blackberry and liquorice, ending on a vanilla and a raspberry note.  It consists of 15% Cabernet Franc and 85% Merlot

2005 Chateau La Cabanne is filled with coffee and blackberry aromas with a coffee bean and fruity aftertaste.

Chateau La Cabanne is not only a vineyard, but is set in the 18th century with oil paintings of the ancestors that smile as you sip the wine that was produced almost 200 years ago.

The furniture in the chateau is of museum quality with antiques and family heirlooms also present.  This is a magnificent setting to taste the wines from the estate.

Located in the Graves of the western slopes of the upper terrace on the plateau, Chateau La Cabonne is in the appellation where the soil is known for its rich mineral content and with the clay and gravel soils possessing a rich concentration of iron and sand, the vines are given power to create character filled wines with whispers from the past.

A quaint little place to explore and enjoy as you take in the history of a place that continued on after a blazing fire that almost ended the vines ancestral trail, this is a destination that is set to take you to another level when you close your eyes and slowly feel your senses taking action with the taste, feel and smell of everything that the Estager family have to offer.