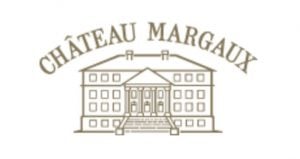 In the 12th century Château Margaux, located in Margaux in the Gironde department of Aquitaine, south western France was an estate reserved for royalty only.

They did not have vineyards at the time and it was first called La Mothe de Margaux.

By the 15th century after a few nobles had acquired the estate Pierre de Lestonnac took over the estate that had been growing grain and turned it into Bordeaux producing wine estate.

By the 15th century after a few nobles had acquired the estate Pierre de Lestonnac took over the estate that had been growing grain and turned it into Bordeaux producing wine estate.

He planted vineyards and by the takeover of the d’Auledes family the vines were almost fully developed.

Towards the 18th century the Chateau consisted of 265 hectares of land with 75 hectares of it vineyards for grape growing, but the stocks were mixed and Berlon took the property and began to vinify the red and white grapes separately.

He was an informed man with knowledge of the terroir, grape growing and vinification which caused him to demand that the grapes were not to pick in the morning in order to prevent the dew from altering the colours and so Château Margaux was born and the name was taken from the appellation that it was from, which is not a common thing to do in the wine regions.

The Bordeaux wines were advertised for auction in the Gazette and the British prime minister ordered a few cases of the first growth wines and Thomas Jefferson the American president ranked it number one.

This led to an expansion of the Bordeaux wines and Joseph de Fumel became the owner of the estate and planted a variety of varietals on the best plots of land as he discovered the changes in taste from the terroirs.

The French revolution put an end to the boom of Bordeaux and lord of Margaux was taken away and everything was put on auction by the revolutionaries, but the last descendant Laure de Fumel bought back the estate that her families had run so well for 3 centuries and found it to be in extremely bad condition.

Laure could not continue on with the revolution taking its toll and she put the property on auction in 1801.

The Marquis De La Colonilla bought the estate and built the Chateau and cellars which became a lavish looking “Versailles of the Medoc” when it was complete.

The property was designed to create a mini city of viticulture with a tradesman’s yard, houses and workshops on one side and on the other cellars, vat room and cooperage.

The cellar was built with tall white pillars that resemble a wine cathedral and it is a big attraction with visitors today.

Thanks to the classification system of 1855 Bordeaux was selected and this created a boom, but in the time of Pillet – Wills the European vineyards got struck by a root disease and went through a recession, which led to major financial loss and a solution of mixing Bordeaux vines with American root stock saved the industry but the wines were not considered good quality and were rated as 2nd wines with “Pavillon Rouge du Chateau” as one of them.

Corinne Mentzelopoulos inherited the property but was very young and had no experience which led her to acquire the help of top oenologists and the estate director which led to renovations, replanting of the vineyards and modernising of the winemaking facilities without the interruption of the structure.  Vats and stainless steel tanks were added along with a grape reception, bottle library, laboratory and a glass windowed tasting room.

Optical sorting of the grapes takes place and they do not use hand sorting and they farm organically and experiment with biodynamic methods too.

A cooperage makes the barrels on the premises and they have a topping up system and racking.

The vat room consists of stainless steel and wooden vats and is temperature controlled.

Alcoholic fermentation is temperature controlled, the must is pumped followed by a running off that leads the wines to be placed into vats or barrels, the wine is pressed and then the red wines are aged in 100% new French oak barrels for 18 to 24 months and the white wines are vinified in 33% new French oak barrels with no malolactic fermentation and it is aged on its lees with stirring in the barrels for 8 months before being bottled.

Bottling is done on the premises and the bottles are laser etched and they have a proof tag system to avoid counterfeit wines for the consumer protection and their products.

The Wine Collection of Château Margaux

Their collection consists of 4 different bottles of wine.

Grand Vin is their original and oldest label and is a Premier Grand Cru Classe wine with a selection of vintages.

Pavillon Rouge is a ready to drink wine consisting of 65% Cabernet Sauvignon, 25% Merlot, 8% Franc and 2% Cabernet Franc with aromas of raspberry, floral, mocha and earth

Pavillon Blanc consists of 100% Sauvignon Blanc with aromas of lemon, citrus, flowers and grapefruit with hints of hazelnut

Margaux is a deep dark red with aromas of liquorice, blackberry and cocoa with hints of dark chocolate and consists of 90% Cabernet Sauvignon, 5% Merlot, 3% Cabernet Franc and 2% Petit Verdot.  The 2013 Margaux was made without Merlot.

With a history dating back to the 12th century and an estate that has survived as one of the greatest wine producers, a visit should be on your bucket list as the estate alone would be a treat but the process of the winemaking and the vineyards history is also something to talk about.

A walk through the cellars can be a learning experience and the taste test in their modern glass window room will take you back in time at Chateau Margaux.

All Reviews for Château Margaux 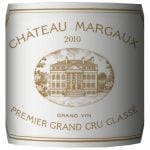 Grand Vin is a red-blended, savory and classic wine which is the second most highly rated Bordeaux wine based from the critic scores given. 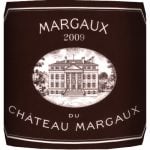 Margaux is the second most expensive wine made from the Bordeaux blend consisting of great and unique wine styles and attributes. 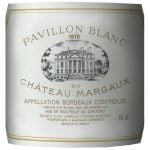 Pavillon Blanc is a white blended, green and flinty wine acknowledged as the highest priced wine made from Sauvignon Blanc in Bordeaux. 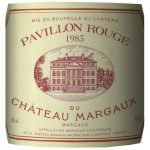 Pavillon Rouge is a red-blended, typical yet pleasing wine made by the famous Château Margaux with great perseverance and quality.
5/5 (2)