… the Epitome of a Great Pomerol 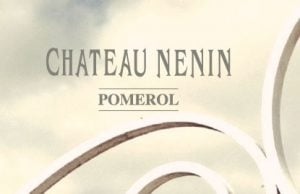 Pomerol is a well respected red wine appellation in the Bordeaux region of southwestern France.

With the abundance of history and the beauty of the region, it is one of the very few that do not conform to the standards of the Bordeaux wine district being wealthy, long established and have the classification system of 1855 as they do not have any formal classification for their wines but have risen gloriously in a very short amount of time.

In 1840 the Despujol family founded the estate and planted the initial vines in their vineyards.

This family kept the estate for almost a century until it was sold to a family member in 1997 just before the harvest.

The Delon family who had two other wine estates in Aquitaine, purchased the chateau and began expanding the vineyards and restructured the entire property including the cellars.

They added new vats with top equipment as well as extended the cellar to give it more room and they included pruning and tress ling methods in the vineyards after draining the entire land space and replanting all the vines, leading to a complete transformation of the estate.

Château Nenin consists of 32 hectares of vines which is a large vineyard compared to many in that region and wit their 19th century rustic stone chateau, they stand out almost as if it is on the wrong side of the bank as on the other side is where you will find the supreme chateaus on all of their glory and splendour.

A photo posted by LéovilleLasCases|Nenin|Potensa (@domainesdelon) on Mar 24, 2016 at 9:19am PDT

In 1999 they expanded their already large state and purchased an additional 4 hectares of vines from their neighbours and with this followed another renovation.

Today the vineyards are a total of 26 hectares consisting of 78% Merlot, 21% Cabernet Franc and 1% Cabernet Sauvignon and the terroir is famous for the gravel, clay and sandy soil that is enriched with minerals, making it a viticulturists dream location for vine growing.

This is all thanks to the river and the mountain soils sifting through into the land and giving it a suitable and natural drainage system along with the iron, quartz and granite composition in the soil.

Most of the vines are thirty years old on average, but they do have a few that are over 50 years old and the Pomerol Plateau is situated nearby.

Château Nenin has stayed with the traditional winemaking methods with fermentation taking place in stainless steel vats that are temperature controlled with the ageing done in 30% new French oak barrels for roughly 18 months, depending on the vintage.

Most of the wines in this region are feminine and velvety with lush and distinct flavours, but the wines of Chateau Nenin are masculine and unique with pressed wines being added to their blends.

They also produce a second wine, Fugue de Nenin which was first created and produced in 1997.

The owners of the estate are a brother and sister team that are no strangers to the wine making industry and have two other successful estates.

Jean Hubert Delon and his sister Genevieve d’ Alton purchased the right bank estate and have continued to produce quality wines throughout the years following their philosophy of respecting the land and believe that the wines represent their terroir and that Nenin offers richness and elegance of Pomerol wines that are destined for ageing.

They also believe that the wines are made to enjoy with meals and special attention is made to the balance of the acidity in their wines.

Wines should have good ageing potential and they believe that each and every bottle of their wine is an ambassador for every consumer that tastes them.

What the Wines have to Offer

Now that we understand the history of the chateau, the birthplace of the vines and the process that goes into making these wines, let us get to know the wines a little better.

A photo posted by LéovilleLasCases|Nenin|Potensa (@domainesdelon) on Mar 11, 2016 at 5:38am PST

Chateau Nenin 2014 has aromas of cocoa, cherry and flowers with an end note of cherries, cassis and strawberries and according to the Delon family, blossoms with age.

1961 Chateau Nenin is a classy old dame considering it is nearing its 60’s with aromas of earth, tobacco and smoky cherries and a brick hue ending on a rustic note

Fugue de Nenin comes from the sandy, clay soils from the youngest vines in the eastern part of the vineyard.  This wine is smooth and silky and can be tasted and appreciated earlier than the “Gran Vin” wines.

Now that you know the wines characters you might be enticed to take a guided tour to the chateau where you can have a look at the splendid and richly layered terroir with their dominant vines that allow for us to enjoy the fruits of their labour.