The Sophisticated Champagne that even James Bond Loves

Located in Aÿ – Champagne, France is the home of the Bollinger Champagne House. 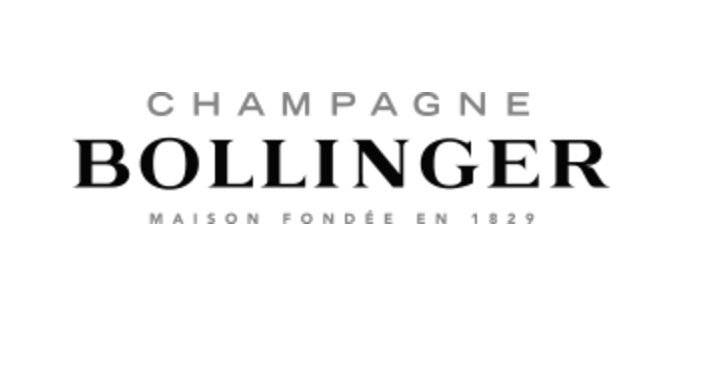 With a history dating back to the 1800’s Champagne Bollinger has an independent production of sparkling wines that have been recognised worldwide and has even made an appearance in the James Bond films.

In 1829 Athanase de Villermont, the son of a noble French family had a dream to open up his own Champagne house as he saw the potential in the region but was not allowed to trade as he was an aristocrat.

In 1829 Athanase de Villermont, the son of a noble French family had a dream to open up his own Champagne house as he saw the potential in the region but was not allowed to trade as he was an aristocrat.

He then met Joseph Bollinger, who was a German that moved to France to learn about winemaking and Paul Renaudin a local man who was fascinated with the wine making process which led him to form a company with the two called Renaudin – Bolinger and Cie.

Joseph married Louise – Charlotte the daughter of Athanase and in time their children took over the business and sustained through the Great War and the root disease that attacked all of Europe.

Under the guidance of George Bollinger and his cousins, the vineyards were extended and the House of Bollinger extended through the channels and managed to survive the Second World War and George also became the Mayor of Ay, which ensured the protection of his village.

Madame Bollinger became the charmer of the business in 1943 and had innovative and creative ideas along with being a strategist and a brilliant businesswoman who created the Bollinger R.D. Cuvee and rode her bicycle through the vineyards.

She carefully thought about which family members were to succeed her and decided to make her niece’s husband the chairman and after him came her nephew Christian Bizot taking over in 1978.

In 1994 Joseph Bollinger’s great – great grandson took over the family business as Head of the House and after training in Chile and his tireless efforts that combine science with enthusiasm, Ghislain de Montgolfier was elected head of the board of Union des Maisons de Champagne.

In 2008 the first head of the house appointed was not a family member but his impressive career and expertise with the help of family behind him, Jerome Philipon has continued to preserve the brand and extend their growth.

More Champagne from Bollinger at page 2

The Vineyards of Bollinger

Clos Saint Jacques and Chaudes Terres are two main plots that were never affected by the American root disease Phylloxera and are tended by hand with reproduction done with provignage, a layering that preserves the vines.

The farming is done with sustainable methods using biological pest control, planting flowers such as Orchids helps preserve biodiversity and they have reduced their herbicide usage, along with 4 hectares of one of the plots being completely organic.

Bollinger has their own cooperage, which makes the barrels and they have over 3500 barrels with some of them as old as 100 years.

The wines are vinified in old oak casks and the cellar master is then in control of the taste test that give him the ideas to create innovative and interesting wines blending technical and logical expertise.

Fermentation is done cru by cru and is pressed immediately after harvesting with malolactic fermentation and use traditional yeasts.

As the House has been featured in many Bond movies special editions were made to celebrate the partnership of Bond and Bollinger.

For the film Spectre, Bollinger released a limited edition 2009 vintage that was presented in an innovative gift box in celebration of their partnership since 1979.

The other two special editions for the film release came with a custom made chill box that allows the Champagne to be kept cool for two hours.

Bollinger has a variety of 7 different Champagnes which include;

Bollinger R.D. Brut has a golden hue with aromas of stewed fruit and honey ending on a note cocoa with flavours of anise and nutmeg.  Created by Madame Bollinger.

How can one not enjoy cheeses with a Bollinger R.D. 2002? A perfect pairing. #LifeCanBePerfect #BollingerRD #ChampagneBollinger

The House of Bollinger can be visited with a guided tour that involves the history, the vineyards and the taste test with guided information from the cellar masters.

This estate has been recognised all over the world and the generations that led to its success have instilled a sense of sophistication and strength in the taste of their Champagnes.

All from Champagne Bollinger

All Reviews for Champagne Bollinger 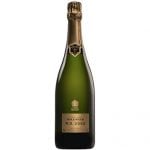 Bollinger R.D.2002 is a well-known sparkling wine created with complexity and exhibits time, rarity and boldness based from how it was produced. 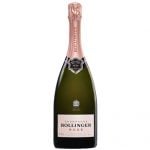 Bollinger Rosé is French rose sparkling wine made in berries and cream, which is considered technical, fresh and balanced just a like a Bollinger. 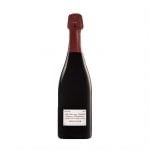 La Côte aux Enfants 2013 is the most sought-after wine in the region and has been becoming famous from last year up to the present. 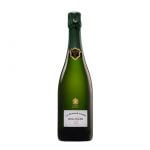 La Grande Année 2007 is a sparkling wine with complex and traditional style made from the Grand and Premium crus of France. 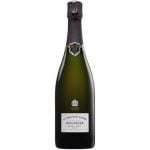 La Grande Année Rosé 2005 is sparkling rose wine known as a subtle blend of a valued wine and one-of-a-kind vineyard in the Champagne region. 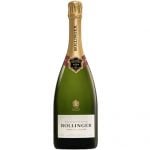 Special Cuvee is French champagne with sparkling, complex and traditional wine style and considered as the star of Champagne Bollinger. 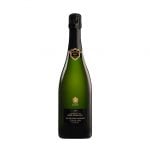 Vieilles Vignes Françaises 2006 is acknowledged as the abiding soul of champagne made from 100% Pinot Noir grape variety.
5/5 (1)