Some people might have heard about the Rhone valley of France when you are learning about the vintage wines.

Côtes du Rhône is the appellation for the wine growing regions of Rhone valley.

Are you wondering whether it’s important to know about the Côtes du Rhône wines? 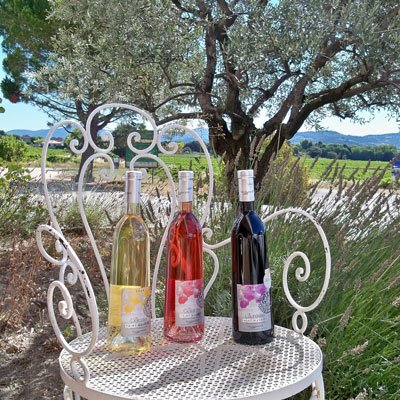 Some people might have heard about the Rhone valley of France when you are learning about the vintage wines.

Côtes du Rhône is the appellation for the wine growing regions of Rhone valley.

Are you wondering whether it’s important to know about the Côtes du Rhône wines?

My simple answer is ‘yes’ if you are a wine lover! If you’re ready to learn about these wines, I am ready to say a few words about Côtes du Rhône wines now.

Introducing you to the Côtes du Rhône Appellation

For the people who think that Côtes du Rhône is among the newest appellations, then I would say you are wrong.

This was launched during the year 1937 itself. Why it was launched was to grab all the quality wines from the less popular and/or less prestigious wine growing regions of the Rhone valley.

This might be one of the reasons why this appellation is used all over the Rhone valley region and it continues to be the basic AOC of the whole Rhone valley even now.

Anyone will be surprised to know that this appellation is covering almost 170 villages.

How will the Côtes du Rhône Wines Taste?

We could not say that all the wines from this appellation would have the same kind of taste.

The climatic conditions vary considerably from north to south of the Rhone valley and hence, the taste of the wines are also found to be varying between the northern and southern regions.

The northern parts of the valley are found to have a cooler climate.

Also, the climatic conditions in these regions are found to be more continental than the southern regions which are more influenced by the Alps.

Due to these reasons, the Côtes du Rhône wines would be more structured and serious than the wines from the southern parts of the valley.

As the southern parts of the Rhone valley are experiencing warmer and more stable climatic conditions, the wines from these regions would be rich and bright with higher alcohol contents.

Similar to the taste, the styles of Côtes du Rhône wines are also found to be varying between the north and south.

There is a difference between these regions to such an extent that it is considered in the appellation laws as well.

According to the Côtes du Rhône appellation, the wines from the south of the ‘Montelimar’ region (Côtes du Rhône septentrional) must contain more of Grenache.

It is to be noted here that Montelimar is marking the transition point between northern and southern parts of the Rhone valley.

Also, the wines from the southern regions would have abundant flavors of fruits like blueberries, raspberries, and plums.

On the other hand, the appellation laws state that the wines from the northern parts of Rhone valley (Côtes du Rhône méridional) must contain more of Syrah.

Furthermore, according to the Côtes du Rhône appellation, the wine styles must lean more towards the colder climate style and must contain a good structure and essence of cherries and peppers.

Apart from Grenache noir and Syrah, some other grape varieties are also allowed to be used in this appellation in the production of red, rosé, and white wines.