Altesse is one of the many grape varieties which is grown in Savoie (pronounced as “say-wah”) of France. Its plantation also extends to the Jura region in the north of Savoie. 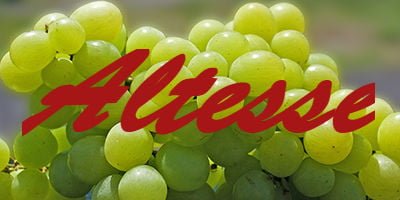 Apart from Altesse, Savoie is also famous for Roussanne, Jacquère, Chasselas and Chasselas white grape wines. Altesse is also popularly known as Roussette since the vine- Roussette de Savoie AOC, is made using 100% Altesse grapes. Other wines such as Roussette du Bugey and Vin du Savoie use Altesse as a major component.

The color of Altesse wine has medium shade of gold and is delicious in taste. The wine has a variety of flavors which changes from pineapple, peach and almond to honey and nutty flavor as it ages.

It is also suggested that this wine should allowed to age for at least three years to achieve full taste. The wine’s aging potential gives it acidic character which also induces tangy and herbal aromas in it.

Altesse wine is known for its incredible fine quality and fruity taste. Savoie’s continental climate and high mountains can be well experienced in a bottled Altesse wine.

It is, however a lesser known of the French wines, even though its quality is excellent. Altesse gets the flavors from aging and high mineral deliciousness from the varying patchwork of soil.

Even though the rocky terrains of the Alps may not seem suitable for wine cultivation, Savoie stands rich when comes to the ranging qualities of the soil; from alluvial to the slopes of limestone.

Many theories are proposed regarding the origin of Altesse wines. One of the earliest of them is that France got the grape from Cyprus. The grape plant came with the daughter of the king of Cyprus, who married the prince of Savoie, in 1432.

The theory was rejected and another came into existence which stated that the variety resembled Furmint.

Genetics, however, has found the answer which lies in the grape’s close links with the Swiss staple, Chasselas. This theory is now widely accepted and the growth of these plants is found to have originated in Lake Geneva.

Even today, Savoie is the largest and the best producer of Altesse wine. It is a heaven for the white wine lovers as 70% of the wine produced is white. Savoie’s variety in soil structure lends its wines supreme quality and taste.

Altesse wine is a dry wine with great taste and aroma.

It acquires citrus flavor of tangerine and pineapple earlier.

The flavor enhances and adds richness of hazelnuts, bergamot, honey and floral notes when it is aged up to five years.

With evolvement in fermenting techniques, Altesse wines can be aged in oak, neutral tanks as well stainless steel containers. The quality of Altesse grapes makes it suitable for the production of light white wines such as Roussette de Savoie.

Roussette de Savoie wines are entirely made of Altesse; however, they may also contain 50 percent of Chardonnay if produced elsewhere.

The Savoie area experiences a warm climate due to sun exposure, even the tough terrain is mountainous. Climatic conditions, as well as soil composition of the Savoie region suit the wine grape growth and delivers exotic flavors in the grapes.

Altesse grapes ripen a bit late as compared to other wine grapes. The delayed ripening of grapes gives it more acidic flavor which suits the production of sparkling wines such as Seyssel wines.

It is often recommended that the Altesse wine tastes amazing when paired with cheese, garlic bread or naan bread and Asian curries.

Freshly grilled vegetables can also be complimented by this wine. A Caprese salad can be used to add colors to the palate of food. Altesse will give you delicious and complex delicacies of Alps Mountains.