It is primarily made from the Nebbiolo grapes and often described as Italy’s greatest wines.

Zone of production extends to areas of Barolo (from where it derives its name), Serralunga d’Alba, Castiglione Falletto, Cheraco, Diano d’Alba among others that we list down below.

Barolo wine is one of the greatest wines produced in Italian peninsula. It has been described as aromatic, possessing aromas of roses and tar and has a distinctive red tinge that gets rusty red as it ages.

This is a time consuming produce that takes almost 38 months for proper aging before harvest and then requires at least 18 months in wooden barrels to ferment properly. 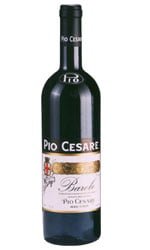 Barolo is a comparatively recent addition to the arsenal of Italian wines. Having founded in 1800s, the Barolo underwent changes with the advent of new techniques of blending and increase in knowledge of grape harvesting and growth.

The credit of contributing Barolo as one of the greatest Italian wines is popularly attested to the first prime minister of Italy. Camillo Benso, who was made the first PM of a unified Italy since the 6th century, was actually the Count of Cavour estate (now in Turin).

Camillo Benso was able to invite a French winemaker, Louis Oudart to the Barolo region to improve the wine making techniques.

Oudart was able to ferment the wine to make it more dry, making the first Barolo wine as its known today.

The Barolo then swiftly became popular among Italian nobility as well the House of Savoy, earning it the name of ‘king of wines’.

However, these origins are debated among winemakers and historians. Most debate is around the notion that Lois Oudart did not invent the wine as we know it today but was originally invented by Paolo Francesco Staglieno who was responsible for the modern dry version.

He published a set of instructions in 1835 that contained how the ‘dry’ Barolo is produced and Camillo Benso only invited the French winemaker to suggest improvements in the winemaking industry of the northern provinces for economic reasons.

Besides, Staglieno was an oenologist while Louis Oudart was a grape and wine merchant who setup wineries at Genoa in the 1800s.

In the 1960s and 1980s due to rapid technological developments, Barolo underwent a number of changes. The end result was Piedmont receiving a DOCG status. 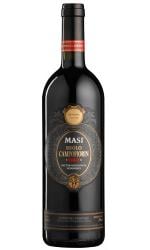 Barolo wines require long growth years; extending up to 3 years to get fully budded and an extra 5-year period for proper fermentation.

These wines are produced in the Barolo region, north-west of Barbaresco zone at a 3km distance.

This region is usually cooler than Barbaresco and allows for more harvest for the Nebbiolo grapes that make the Barolo wine.

Barolo wines thus require a relatively cold climate to mature. Several hazards like mildew and rains can pose a threat to the vineyards and the total yield, but modern technologies have allowed farmers to keep infections and threats at bay.

The Nebbiolo grapes are usually harvested around September when they are fully ripe.

Over extending the harvesting period might result in leathery, strong flavours due to accumulation of more acidic content.

The perfect soil for harvesting Nebbiolo grapes is located here at the Alba-Barolo road.

The towns of Serralungad’Alba and Monforted’Alba are some popular Nebbiolo destinations that allow for sandstone, alkaline soils, ideal for peacefully growing the acidic Nebbiolo grapes.

Which foods go with Barolo Wine?

Barolo is an intense wine. Pair it with light, mild dishes and it will result in your mouth getting dry and bitter.
Barolos require heavy proteins and rich diets that can be paired with since it perfectly compliments risottos and heavy pastas.

Heavy on tannin content, the Barolos bind to food proteins perfectly and come across as softer.

Barolos are also used in Italian cooking. Pair it up with some frying process and you will have a sweet-bitter gravy for the pasta that you created.