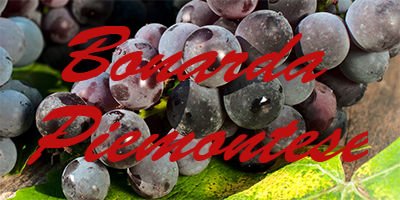 It is a rare variety which is now grown in a very small scale.In the 21st century, one of the varieties of Bonarda is known by the name Uva Rara or Croatina.

In Argentina, another grape variety is grown by the name of Bonarda (original name is Charbono) but it is in no relation to the Bonarda Grown in the Piedmont.

It has three offshoots in Italy. One is grown in north central Italy, the other is Uva Rara and the last is the rarest Piemontese, which is considered to be the true Bonarda.

The variety is itself so rare that finding a varietal is next to impossible. This variety was also given the names Bonarda del Monferrato and Bonarda di Chieri. Italian wines are famous all over the world because of its taste.

This variety, though very rare, has high alcohol content and a low acidic content. This makes it suitable to some of the people while some find it absolutely boring.

Usually the wines with the label Bonarda do not contain any part from the Bonarda Piemontese grape variety. People usually mistake the wine for this grape.

Finding the name of Bonarda Piemontese on the bottle is not possible as the grape is not used to add any flavour in any of the blends of wine.

If you wish to taste the true Bondard, you must specifically look for Bonarda Piemontese as in the area,Uva Rara is the mostly sold by the name of Bonarda.

The variety is a mess of synonyms which gives a relation to Dolcetto grape variety of Piedmont which explains how the variety was given the name Bonarda in Southern America.

The grape was brought to Italy with the Italian migration in the 19th century. Before the phylloxera crisis, about 30% plantation in the Piedmont region belonged to Bonarda Piemontese grape variety.

But after that, the variety became so scarce that it is now very hard to find vines growing Bonarda Piemontese grape. It can only be found near river banks now. It is also known by the name Bonarda del Monteferrato in some of the areas.

The berries of the grape do not ripen very early, preventing it from spring frost. They are medium sized and grow in compact bunches.

The wines are best to be consumed young as they do not have a very strong body and so they do not age well at all. It is used mainly to add colour and alcohol to a number of blends.

The acidity of the wine is also not very high which further reduced its market. They also have grippy tannins. The wines made out of it are usually dry.

They do not age well, so fermentation for a long time is avoided to prevent generation of false taste. The grapes are gently pressed as soon as they are plucked.

The alcohol has taken the demand rise. The variety needs to be conserved so as to keep the experiments on for generation of new flavours and aromas in wines.

It is also consumed with potato soup. You do not need any strong flavours or salty dishes to cherish the taste of wines made from Bonarda Piemontese grapes.

It is not a very famous variety for wine making but it has still managed to be a part of number of blends. Due to its rare nature, any visitor to this place has to try this wine and also those who are fond of low-acidic wines; this is the wine you can taste.

It is also ideal to with light meals because of this low acidic property of the wine. You might have to search a little though to find the true Bonarda!