When talking about wine, each region tends to have their own story about their wine variety. However, in the case of Swiss wine it is a tad bit different. 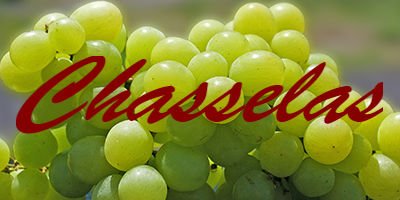 This is so because this country is divided into four parts not only by its four different national languages but also by their varied cultures of which wine is an integral part.

Being polyonymous , Chasselas is a white grape varietal which is bred mainly in France, Portugal, Switzerland, Hungary, Germany, New Zealand and Romania.

As suggested by the large number of names by which this varietal is identified with, this species is grown worldwide. This makes it one of the most cultivated varieties of white grapes.

Not only the fact that it is used as a table fruit in many regions of the world, but also its characteristics to adapt to climatic conditions and various soils the makes it a global variety.

However, in Switzerland, it is solely used for the manufacturing of brisk and clear white wine, 95% of which are consumed by the Swiss themselves.

History of the Chasselas Grapes

Like a number of other grape varieties, various theories have been built surrounding the origin of this varietal. Many believe that its origin lies in Egypt or the Middle East.

Another hypothesis that was tested and rejected was its nativeness to Switzerland. A third group seem to believe that a village named Chasselas in Burgundy is its place of origin and also the reason why it is so named.

However, various experiments on the genetic structure of the variety have been done by comparing it with 500 different varieties from all over Europe and near east. This study revealed its origin to be Vaud which is a region near Lake Geneva.

Despite the region of Vaud being its birthplace, Chasselas has been grown in Switzerland for more than 500 years. During the 18th century Chasselas was better known as Fendant.

This name means ‘splitting’ and was particularly given owing to the nature of the berries which tend to split in halves rather then burst when squeezed.

Being an early ripening variety, Chasselas is well suited to the cool mountainous weather of the alpine slopes of Switzerland.

Its exuberant and powerful nature needs intense, controlling which is one of the main reasons why its viticulture is not so famous outside Switzerland.

This variety might be comparably easy to cultivate but cannot adapt to very dry or very fertile soil. In France, however Chasselas is mainly consumed as a table grape which has in turn led to the removal of these vines from the Alsace and Loire region.

This consumption of Chasselas as fruit has also made the French prejudiced towards the winemaking potential of this variety. The Germans and Italians still grow Chasselas although this production is done in very little amounts.

It is also said that Michel Chapoutier believed that Chasselas might even be well suited to the English weather and terroir.

Characteristics of the Chasselas

Served in a glass this wine displays a silvery straw coloured hue.  It is light to medium bodied with a fruity, peach and pear like aroma.

The taste on the palate is however very blanch and dull with very little flavour of apple peel and other citrus fruits. Chasselas also has good minerality and tartness.

Overall, it has a very neutral taste much like the nature of the Swiss politics. When allowed to age, it displays a golden hue with a candied and nutty taste which well characterizes the time it spent in the cellar.

This aged wine leaves a more complex and richer taste on the palate. Its dry, refreshing and delicate nature makes it the perfect wine for giving the palate a little rest.

Some of the dishes with which a toast of Chasselas is best paired with are mushroom pastry which is a kind of pastry made of mushroom.

Crayfish Laksa which is a spicy noodle soup made by the combination of Chinese and Malay recipes and also Cheese Fondue which is basically grated or cut-up cheese, which is melted so that it can be used as a dip for breads.