Among the famous wines of Hungary, Tokay is a wine region and a sweet wine variety which is also spelled as Tokaji. These wines are made from Furmint grapes. 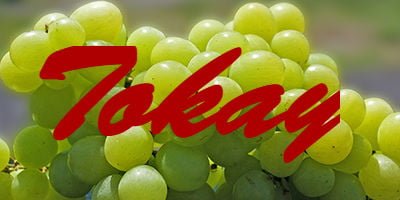 Many farmers are into cultivation of Furmint grapes since generations. The sweetness of the Furmint wines are measured by the number of baskets of sweet grapes used to make it. Five is the maximum number of baskets it can use.

The wine which uses three baskets is lightly sweet. Tokay makes many wines, both dry and sweet, but the most cherished and demanded variety is Tokaji Aszu.

There are many dry wines which have a very good aging potential. These wines have a very different taste and known very well in the entire region.

You will find no shop where they will not be selling Tokay wine. The different techniques used in the grape give it a very lovable and an entirely different flavour.

Furmint grape variety has a huge scope in winemaking. Entirely different flavours and aromas can come out making the winemakers open for all sorts of experiments.

Slovakia region is known for making sweet wines. This area has been using the techniques of noble rot since many years.

In this technique the Furmint grape is set to be affected by botrytis which converts the sweetness of the grape into honey-like flavours.

Earlier it was believed that Tokay was a popular white wine from the Tokaj region of Hungary. Before the Phylloxera grape wine became famous, Furmint was largely planted, but thereafter the production went down, but still manages to be among the sweetest white wines in the region.

Dry Furmint variety is the newest in the region. It started in 2000 where the experiment to create a dry white wine from the grape became successful.

This was a matter of pride for Tokay winemakers as they got what they were trying to achieve since a very long time. This wine has a way more to go!

Furmint grape has a very thick skin at the beginning, but as it ripens, the colour of the skin becomes lighter and finally turns transparent.

Due to this thinning of skin, the sun rays are easily penetrated into the grape increasing the sugar concentration.

This grape is very unique as in order to protect itself from rotting it builds a second layer of skin around itself. Buds of this grape appear very early.

The aging potential of dry Furmint wines is also very promising. Flavours of lime, orange and peach can be found in many wines produced from the Furmint grape variety.

Dry wines are new to this grape which is still being experimented on.

Tokay wines include popular wines such as Aszú, Fordítías, Máslás. Also, reductive wines, which are ready to be delivered in the market within 18 months of harvest of the grape, are being made from this grape. There is about 50-180 g/L of residual sugar in these types of wines.

Since it is a famous Hungarian wine variety, Tokay is most popularly taken with the sweet Hungarian fruitcake. Dry variety is also well consumed with fig and mozzarella salad.

You can also enjoy sweet wine’s flavour with Roquefort cheese. Spicy dishes won’t go very well with this wine so you must always try to take some sweet dishes when you plan to enjoy the Tokay wine.

It is among the most famous wines of Hungary and you must never miss a chance to taste this wine.

If you are a lover of sweet wines, this is one of the best varieties you should give a try to. It is also available online for delivery. The wine has a unique taste which must not be missed!