Garganega is a wine grape, used in the process of making the famous wines of Gambellara and Soave in Veneto in the northern part of Italy. Here it is also known as the Grecanico grape. 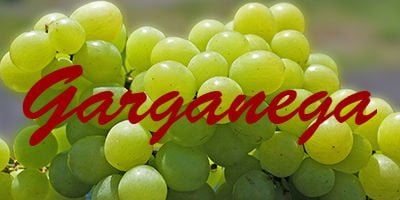 A DNA profiling was done with this grape in the initial part of the 21stcentury which revealed that this grape is the same variety of Grecanico Dorato which happens to be a mainstay of the Sicilian vineyards.

This grape has added tremendously to the Italian viticulture & has been quite significant in various regards.

It is the Italy’s most widely planted and the oldest planted grape variety. The northern Italian elites have been praising this wine, especially Soave since the 6th century, when a statesman by the name Cassiodorus to the king, Theoderic the Great described this wine as being pure & white just like a lily.

Also, this grape is a forefather of several other varieties which includes Veneto’s own rare wine Dorona di Venezia.

Regions where Garganega Grape is grown

Garganega grape is typically grown in the regions of Sicily and Veneto, two regions which are separated by the full 600 miles of Italy and home to around 11,000 hectares or 27,000 acres of the grape vines, thus making it Italy’s favourite and the most planted grape.

This grape can also be seen in the neighbouring regions of Friuli & around Lake Garda of Lombardy.

Further south towards Umbria, along the hills of Colli Amerini & Colli Perugini, Garganega vines are produced whose grapes are used for blending in the dry white & sparkling (spumante) wines.

In Garganega grape’s homeland, the Veneto area of northeastern Italy, the grape is held in a very high regard, in the winery as well as in the vineyard.

This grape is appreciated by the growers for the generous yield this variety produces.

When it comes to the bunch formation, this grape grows in a loose knit bunch structure that helps in the increase of ventilation while reducing the risk of fungal infections.

The bunch structure also is an advantage when the grapes are air dried during the production of Recioto wines.

This grape is also given a lot of appreciation for its ability to have a moderate level of acidity, elegant perfume & high concentration of aromatic compounds.

The useful quality allows the grape to establish its own balance between the quantity & quality.

If the variety’s natural abundant growth is restricted, the wine produced out of such yield will be a higher quality and a finer wine.

If the vine of this grape is left unchecked, the quantity if wine produced will be large. And very few grapes provide the winemaker with this luxury of choosing between the quality and the quantity scale.

Garganega grape is typically grown in two regions of Italy and whichever end it is grown in, it is marked out by intense aromas of almond, peach blossoms, apricot & baked golden apples.

This grape is best known for the dry wines it produces. However, it is also known for the ability to make sweet wines which are luscious nectars made using dried, late harvested grapes.

Despite the fame of the winemaking style of this grape, known by the name of Soave, Garganega remains an unheard of entity.

This is largely due to the fact that the variety’s name is not included anywhere on the wine label of Soave.

In the varietal centric world of wines, a grape whose name misses on the label, almost certainly stays hidden in the shadows and probably the same happened with Garganega, which is not only difficult to pronounce, but difficult to hear too.

Garganega’s local reputation is most obviously seen in Soave’s Classico zone, where the vineyards are entirely devoted to this single variety.

The wine is so popular there, that despite the DOC permit laws, which allows the producer to include up to 30 percent Trebbiano di Soave or Chardonnay in the Garganega, winemakers prefer otherwise.

Garganega is also used as a blending partner in several other wines from the Veneto region like Bianco di Custoza,  Arcole, MontiLessini,ColliBerici and Vicenza.

Taste and flavours of Garganega wine

This wine can be matched with Roasted zucchini stuffed with goat cheese, mussels cooked in garlic, white wine and parsley& sticky rice with mango.