Garnacha Blanca, most commonly known as Grenache blanc is a popular white wine grape variety which is very much related to Grenache, the famous red grape. 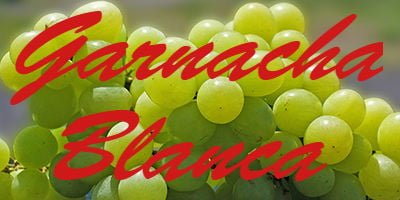 This variety of grape is majorly found in the Rhone wine blends as well as in the region of northeast Spain. This grape is nothing but a light-skinned version of Grenache Noir.

Although, this grape is native of Spain, it is best known for its role in the production of white wines in southern France. These grapes are a member of the Chateauneuf-du-Pape blend.

The wines produced out of Garnacha Blanca are mostly characterized by low acidity as well as high alcohol entertaining herbaceous or a citrus note. The vigor of this grape can result in the flabbiness as well as overproduction.

If the yields of this vine are controlled, the flavor and the length of this vine can contribute to the preparation of some of the tasteful wines of the world such as Roussanne. Garnacha Blanca is considered as the fifth most vastly planted variety of white wine grape in the region of France since the 1980s.

This grape is considered as very easy-going as well as fruity berry along with a peppery and a flirty kick which injects energy into any kind of gathering. The plantation and cultivation of the vines of Garnacha Blanca are mostly found in the sunny climates like southern Rhone.

This grape is basically single as to its relationship; however, it can be accompanied by various other varieties of grapes such as Mourvedre as well as Syrah. The juice of the grapes of Grenache Blanc is light-golden as well as straw-colored as to its appearance.

This grape produces various numbers of varietal wines. At the same time, the use of this grape as a softener in a blend of others in the preparation of some tasteful wines of the world is very common.

The aromas exhibited out of the grapes of this variety are typically that of green apple as well as stone fruit. These grapes are very sensitive to the environment.

This grapevine has been originated in the parts of Spain, specifically in the regions of Terra Alta, Rioja as well as Priorat. More than half of the production as well as plantation of this grape is carried out at its native place only.

Apart from this Garnacha Blanca is very much famous in the regions of France and they are grown predominantly in the areas of Languedoc-Roussillon where it is served as the main ingredient in the wines of Chateauneuf-du-Pape.

In Spain, this grape is majorly found in the wine areas along the Pyrenees, specifically in the Terra Alta region in Catalonia as well as Navarra. Apart from this, it is planted in Alella as well and in Aragon as well as Priorat.

In the regions of Australia this grape variety is mostly called as White Grenache. There this variety was identified by the famous ampelographer, Paul Truel as Biacone in the year 1976.

This grape variety is known to the world by a number of synonyms. The different names of Garnacha Blanca include Belan, Grenache, Alicante Blanca, Garnatxablanca, Rool Grenache, Silla Blanc, Vernatxa Blanca as well as White Grenache.

The vines of Garnacha Blanca are considered to find their origin by the way of mutation of the red version of Grenache in Spain.

Thus, the basic origin of this grape variety is found in Spain. After that, the vines of this grape spread across the Pyrenees to France and eventually they found their second home in the Rhone.

This grapevine responds at its best to the temperatures of low fermentation. As a result, it produces the wines which as scented as well as fresh.

This variety of grape is very flexible in its process of winemaking and could also be prone to different methods of fermentation such as malolactic fermentation, oak aging, extended skin maceration and many more.

This grape is also blended with the famous Muscat and together they produce wines in numerous varietal styles. The wines produced out of this grape variety embrace a high extract, velvety texture as well as high natural alcohol. All these three factors end up making the wines very intriguing and complex.

The wines produced out of Garnacha Blanca are paired best with vegetable salad, fricassee as well as cheddar cheese.