Humagne Rouge is a red wine producing grape variety grown mostly in the .Valais region in Switzerland. It is also popularly known by the name Cornalin d’Aoste. 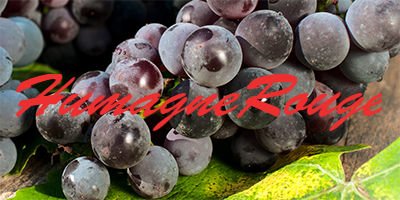 The grape is an important variety to the region and has been growing there for a number of years. Many cultivators have cultivation of Humagne Rouge as a family tradition which is being carried on since many generations.

The grape is known to produce wines that have high acidic content and high tannins. The wine is aged for a few years after being bottled so as to soften it. The buds of the grape ripen in the late season and therefore sometimes there is a risk of the vine being attacked by spring frost.

Consuming the wine young may not give flavours and aromas at its best. Most of the tasters will find it unappealing. The grape variety almost vanished in the past few years and so it was not able to reach other parts of the world.

It has now been revived and so the cultivators are trying their best to make Humagne Rouge grape available globally.

A number of wine makers use the grape to make amazingly tasting blends. The varietals of the wines are not very frequently found.

Humagne Rouge grape variety is said to be native to the Aosta Valley, which is bordered by Switzerland and France, but some studies say that the variety was imported from Burgundy in late 700.

By mid 800 the variety became one of the most popular grapes in the region. Many of the other old varieties had started vanishing by the end of 80s and Humagne Rouge was left, which was cultivated by very old vineyards that were linked with the production of this grape since generation.

The grape was then promoted to bring back the existence of the grape and so the grape again managed to become an important variety of the region.

In 2009 about 128 hectares of land was planted with Humagne Rouge grape. Further experiments on the grape are being done to take out more from the grape.

Few drawbacks which are making the grape less productive are being identified to find cure and enhance the quality of the grape so that it may be used in more number of blends as well varietals may also develop taste which will surpass other red wines in the region and also be cherished by other wine tasters. This will help the grape to flourish and regain its lost reputation.

Humagne Rouge grows in not very compact medium sized bunch. The buds ripen in the late season. It gives out herbal and rustic notes.

But if the grape reaches phenolic maturity, these flavours are likely to be vanished. The vine has medium sized compact bunches. The wine once made needs some bottle aging, so as to soften the taste.

It has a light purple ruby colour. It gives out aromas of red cherry, strawberry and raspberry. The acidic level of the wine is high while the tannins are also high. The grape is being used in blends of a number of wines, but varietals are not so easily found.

The wines made from this grape variety grape have a high acidity making it easy to be paired with almost all food items.

You can enjoy the flavour of the wine with roasted cheese with thyme-infused stuffing. Potatoes and bread dipped in melted cheese is one dish which is specifically made from Humagne Rouge grape wine.

Salted dishes and sushi are among the dishes which can be enjoyed with Humagne Rouge grape wine. Roasted vegetables with haloumi cheese are often taken with this wine.

Spaghetti can be taken with this wine. It is also possible to consume the wine without taking in any other food item. The alcohol content is also not so high that you will need to neutralise it.

You can order Humagne Rouge grape wines from all over the world. The wine is renowned and you will find no trouble in its availability as the production of grape is on a huge scale and the winemakers are eager to use the grapes to make amazingly aromatic and delightful to taste wines!