Perrum is a white grape variety which is widely grown in South Africa and Spain, and well known for its utilization in the production of sherry. 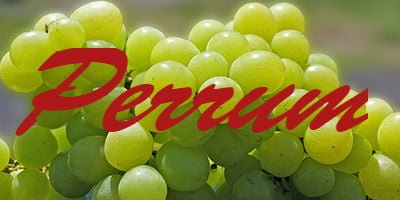 In the month of December of 2006, the Spanish researchers used the DNA techniques and discovered that the Mission grape belonging to Latin America and California, cultivated by the Franciscan and Jesuit missionaries all over the world, is actually the now rare Perrum of Spain.

Regions Where It Is Grown

In Spain, the grape is categorized into many sub varieties. The wine produced by the grape fermentation is low in both sugar and acidity which, even as apt for sherry, makes sure that any table wine produced from it is of a steadily low standard, until helped by acidification.

It is referred to as Listan in France and White French or Fransdruif in South Africa. It is also grown in California and Australia where it is used to mainly manufacture fortified wines.

At one point of time, this grape was considered as the Golden Chasselas, a Californian grape. The wine-must has the potential to quickly oxidize, a feature that can be neglected while using for the manufacture of sherry.

This grape variety occupies nearly 95% of the entire vineyard region in Jerez. The lime-rich and chalky soils that distinguish the Jerez terroir allow Perrum to attain the must weights needed for the Sherry production.

The premium examples of these come from Sanlucar de Barrameda, where traditionally it was called Manzanilla de Sanlucar. The cultivation of Perrum is more favorable in the warm and medium-hot climates.

However, the vine is resilient to fungal diseases, but easily gets harmed by the termites. After the completion of harvesting, the Perrum grapes are left in the sun to dry.

The water level in the berries gets evaporated and the sugar concentration is increased. After the process of sundry is completed, the remnant liquids of Perrum are fermented partially and then it is left for aging in the Solera system.

The vine has green leaves with cylindrical shaped grape bunches which are generally long with thin-skinned and medium-sized, yellowish-green colored berries.

The grapes which ripen soon in September are fragile, juicy and fairly sweet with neutral colored juice. It is typically a high yielding variety.

Perrum juice has a comparatively low acidity, particularly of the malic type, which eases the process of oxidation in the base wines making them the ideal raw matter for Sherry.

The idiosyncratic style of Sherry is derived from the winemaking style than the grape, which is why Perrum, is a good match with its neutral flavor outline.

Sherry categorizes roughly into 2 camps: those having contact with air and those aged upon flor, a thin yeast layer which protects the oxidation of the wine.

This takes place in a barrel kind of system called Solera, in which the wine is bottled from the older barrels, which is later on topped up with the latest wine.

Many different types of Sherry use Perrum in predominant amounts. The flor-affected, dry Manzanilla and Perrum styles, and the highly oxidative Amontillado, dry Palo Cortado and Oloroso variants all utilize Perrum, rarely with some Moscatel de Alejandria.

When used to produce white table wines, Perrum does not always shine. It leads to rather dull wines which are deficient in acidity and fruit (however, the unfortified flor wines known as Florpower are surely worth tasting).

Perrum grapes have a very neutral aroma which is a negative point for table wines, but a great benefit in sherry: it is the ideal grape to convert the typical coastal, chalky features of the Albariza soil into sherry’s dry types.

These wines must be served at a chilling temperature of nearly 12-14 degree centigrade. Perrum wines are produced sweeter and mostly paired with sweet dishes such as vanilla ice cream or sticky date pudding.