Sauvignon vert is considered as a white wine grape variety that belongs to the species of Vitisvinifera. 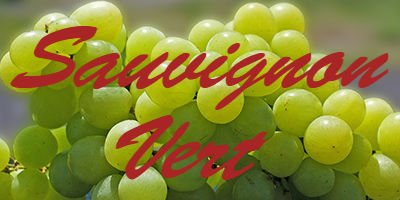 This grape variety is extensively planted in the region of Chile where it was historically mistaken to be another famous variety of white wine grape called Sauvignon Blanc.

This grape is also very much confused with another grape variety called Muscadelle that hails from California, however, both these grape are entirely different from one-another.

Sauvignon Vert is a very common variety of white wine grape in the region of Chile, but actually this grape variety is the grape variety of Tocai Friulano which is widely grown in the northern areas of Italy.

This grape is mostly thought to have been a native to southwestern France, where this grape variety is also considered as Sauvignonasse.

Later, it was moved to the region of northeast Italy and in that particular region, this grape variety has ended up to become the most classic style of the grape.

This white wine grape variety is used in a number of DOC wines since it has proved to be a very good blending agent.

This grape variety has also established its plantation and cultivation in the regions of Lombardy, at the southern end of the Lake Garda.

In this particular region, this grape variety is used as a key ingredient in the wines of white San Martino della Battaglia.

Then, this grape variety is planted extensively in the regions of Chile, where the vines of this grape are considered as the most common vines.

This white wine grape variety is known under a number of synonyms such as Sauvignonasse, Tokai, Friulano as well as Jakot.

This white wine grape variety entertains a number of stories as to its very origin. This grape is believed to be originated in the region of Veneto and from that particular region, it had traveled to other Italian regions specifically to the Friuli region where it was cultivated since the year 1600.

In the regions of Italy, this white wine grape variety was most commonly referred to as Tocai or Tocai Fruilano for centuries.

Not just this, it is also believed that this grape was then taken to the regions of Hungary, where the wines produced out of it was gifted to the princess of Hungary in the year 1632.

At the same time, it is also believed that the grapes of this white wine grape variety were also planted outside the regions of Slovenia especially in the Goriska region as well as Vipava Valley.

It was recently in the 1990’s, when the ampelographers established that this grape variety is different from Sauvignon Vert.

The vines of this white wine grape variety ripen very early and are considered to be productive in nature.

The skin of these grapes makes it very much susceptible to a number of forms of rot was well as mildew.  These vines show their best of characteristics when they are cultivated in the dry regions.

The wines produced out of this white wine grape variety are mostly the varietal wines which are considered to be very lively wines.

These wines are mostly the fruit-driven wines that exhibit the flavors of a number of fruits in terms of their taste.

There are various notes of citrus and almonds present in these wines and they also come along with a slight touch of minerality.

Also, the characteristics of these wines highly depend on the areas under which the vines of these grapes have been cultivated.

These wines are mostly considered as the full-bodied wines that come within a moderate level of acidity and floral aromas.

At the same time, there are hints of spices present in them. The wines produced in Chile out of this white wine grape variety are very rich as to their flavor and their flavor is very similar to that of green apple.

All the wines produced out of this white wine grape variety are best paired with the food items such as pan-fried vegetables with lemon butter and capers as well as prosciutto with rocket and mozzarella.