The Zinfandels – characteristics and uses

The Zinfandels is a variety of black skinned wine grapes produced in California and Italy.

Its name is most probably of Austrian origin and they have been in use for producing wine since as early as 6000 BC. 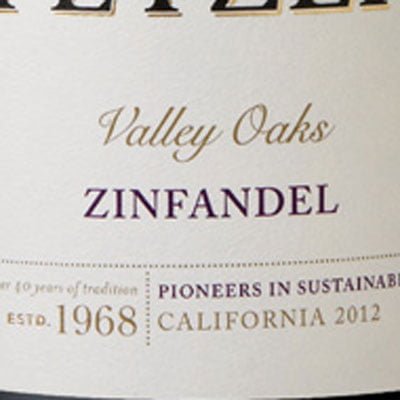 The world of wines is immense and diverse. Thousands of wine varieties, some of them have been existing since ancient times, in one form or another, have been in consumption by wine enthusiasts, celebrities and common people alike.

Wine producers list down some 50 wines produced in European nations alone for ‘beginners’ to have them tested. Much more come in line as you get more advanced in it.

Wine producing is also a discipline in its own unique manner.

A wide variety of fruits are used, grapes and apples being some of the most common, fermented though several procedures, each one having some unique characteristic.

For example the way to ferment the fruit juices, the time required to store, the little things that matter a lot, and then stored for eternity.

Several places exist where century old wines were discovered in exactly the same conditions as they were produced and stored them.

Such wines, even they are found in single bottles, sell for thousands of dollars, and even millions.

Considering that, it’s important to know the wine producing process how some fruits, especially grapes serve the winemaking industry.

In this article, we discuss on the Zinfandel grapes – one of the oldest grape varieties in use since ancient times and still used to produce some very common beverages.

The Zinfandels is a variety of black skinned wine grapes produced in California and Italy.

Its name is most probably of Austrian origin and they have been in use for producing wine since as early as 6000 BC.

These were first found in the Caucasus, where some earn and pots used to make wine have been found. Zinfandels seem to have travelled to Mediterranean later in time with the Italians first making use of it in the 19th century.

First descriptions of these grapes are to be found in the Italian government’s publications in the 1870s, when during this time Zinfandels gained much popularity.

After this era, Zinfandels seem to have reached America’s eastern coast by the early 1930s, when many Italian families immigrated to the US seeking new lives and prospects.

Post 1930s, Zinfandel gained popularity in the US by many winemakers like the Sutter Home Winery that rediscovered Zinfandel wines after being forgotten for decades since the great war.

American wine industry also faced blows during the 1930s because of economic reasons like the Great Depression and Prohibition (1920 – 1933).

As late as the 1970’s and 1980’s, Zinfandels were a forgotten grape variety when some winemakers rediscovered them from the valleys of California. Presently, Zinfandel wines contribute as much 9.9% of US wine sales by volume.

Zinfandels are said to be having the following characteristics:

Since these grapes are grown in warm areas, they are fermented to make dessert wines.

Zinfandel wines are high in sugar content since the grapes become sweet when ripe.

Some Zinfandels are even noted for their high alcohol content (red Zinfandels), however, some techniques like reverse osmosis are able enough to reduce their alcoholic content.

Zinfandels are usually harvested early at around 20ºBx.

Like their viticulture, each country has its own variety of wines.

Other such wines are Amador, Cabernet Sauvignon, Merlot and Syrah. Similarly, in Italy, wines like Primitivo di Manduria and Falemo del Massico Primitivo are some of the most common wines.

With the highest growth being in the Apulia region (also called the ‘heel’ of Italy), these grapes are shipped to Tuscany and Piedmont.

Zinfandels are grown in the Balkan states like Croatia recording the highest consumption in this region. Forms like Crijenak Kastelanski are most commonly consumed here.