An Important Wine Region of Italy

The province of Pescara, which is the located in the region Abruzzo, is among the important Wine Regions of Italy. Most of the wine lovers must be aware of the world famous wines from Abruzzo, which is otherwise called as ‘Abruzzi’. 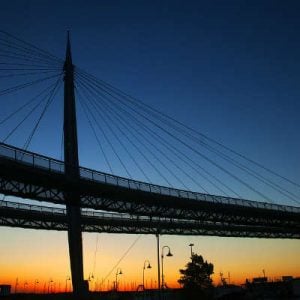 However, most of them might not know that few of the highly rated wines are coming from the province of Pescara.

Of all the vineyards, the hillside vineyards of the province of Pescara on the northern side are most important for producing the most famous wine varieties.

Find out what is so special about the wines from Abruzzo of Italy collectively with a detailed look about the province of Pescara.

When it comes to winemaking, the most important role is being played by the vineyards which are in turn is relying upon the geography and the climate of the particular region.

In this way, Abruzzi, which has the Apennines lining its western border, would have higher precipitation levels on the vineyards sometimes.

On the other side (western side), the Adriatic Sea is giving a moderate Mediterranean climate to the Abruzzo’s vineyards.

In the northern side of Abruzzo, the microclimates and soils are more or less like those in the other wine regions of Italy like Tuscany and Marche.

Lastly, the southern parts of Abruzzo have microclimates almost like the wine regions of Calabria and Apulia.

Thus, the geography, as well as the climatic conditions in Abruzzo, varies greatly from one place to another.

The province of Pescara is forming the central part of Abruzzo’s four provinces and is lining the east coast of the country.

In the northeastern side, the province of Pescara is lined by the Adriatic Sea which is giving the moderate Mediterranean and the humid subtropical climates to the vineyards of this province.

Here, the winters are cool and the summers are hot. I would say that this climate should be the major reason why the Pescara region of Abruzzo has the highest rank in the production of some of the world famous wines.

As a whole, the Abruzzi wine region is producing over 42 million cases of wine every year thus acquiring the fifth spot in the most productive wine regions list of Italy.

Most surprising fact about the wine production in Abruzzi is that the region has only 38% of the vineyard land.

Of all the wines that are being produced in this region, only 21.5% has DOC designation.

This is because; a majority of the wines that are being produced in this region are sold in bulk to other wine regions for blending purposes.

You can find two major varieties of grapes in the Pescara region.

When it comes to the Abruzzo and Pescara region, this is considered to the primary grape variety and is notable for giving dark-colored tannic wines.

The wines that are produced from this red grape variety are found to have lower acidity levels and little aging potential. Although Montepulciano d’Abruzzo is grown in all the four provinces of Abruzzo, several of the most welcomed versions are found to be coming from the lower yields of the province of Pescara, where the vineyards are found to have less fertile ferrous clay and/or limestone.

The Montepulciano d’Abruzzo DOC wines, in general, would contain at least 85% of Montepulciano grapes which will be blended with Sangiovese variety.

In a few cases, 100% Montepulciano can also be found.