Etna was the Very First DOC Wine Region of Sicily

Etna, which is an active volcano in the northeastern corner of the Sicily, is the very first DOC wine region of the Sicilian Island.

This region that covers the slopes of Mount Etna got its DOC status in the year 1968. This volcano is found to be 10,920 feet high with much of its area being covered with crops and other natural vegetation. 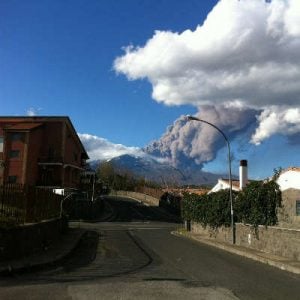 Of all the vegetation, we can see that the vine cultivation is predominant in the Etna region. The annual production of wines in Etna region is almost 78,500 hectolitres of which up to 12,572 hectolitres are DOC wines.

Etna as a Wine-Producing Region

The wine-producing zone of Etna is found to be running along the eastern side of the volcanic mountain. This zone is extended from Randazzo in the north to Santa Maria di Licodia in the south.

The vineyards of the Etna wine region are found to be among the world’s highest with most of them being located at more than 1200 meters above the sea level.

The topography of the region is creating a range of mesoclimates which are found to be differing from one area to another within the volcano itself.

It can be observed that most of the sunlight is reflected back to the vineyards by the Mediterranean Sea and this phenomenon can be compared to that of those reported in the parts of Lake Geneva and Mosel.

The local vine growers are making out their vine cultivation as this would help the grapes to get ripened completely even at the higher altitudes.

It is due to this effect that the winemakers of Etna are continuously experimenting with vineyard sites further up the slopes of the mountains.

The soils of the region are obviously volcanic with richer mineral contents. The soils of Etna are formed from one or more types of lava and other eruptive materials and hence, the vine crops of this region are benefitted by the nutrients like iron and copper.

All these factors combined together are making the wines from Etna so special among all the Italian wines and several critics have started calling this region as the Burgundy of Mediterranean.

A Quick Look at the Appellation and DOC Requirements of Etna

The Etna DOC region is located on the northern, eastern, as well as the southern slopes of the volcano and its production area is covering various communities.

Of all the communities, Milo is the only production area which produces the indigenous grape variety called Carricante.

The DOC requirements for the Etna wines

Of all these, the most commonly produced is the Etna Rosso which is a red wine variety. Also, it’s to be noted that the DOC document of Etna wine region hasn’t been changed since the creation in spite of several changes in viticulture, viniculture, wine markets, and buyer preferences.

Therefore, the Etna DOC can be called as the forerunner of the most carefully managed wine appellation system in the world.