History, Survival and Determination at Taylor’s Vargellas House of the Best Port

Taylor’s Vargellas is a family owned Port company that is based in a 300 year old Port house based in Oporto and the Douro Valley in Villa Nove de Gaia, a city in the Porto District in Norte Region, Portugal.

Regarded as a benchmark for vintage port the company was established in 1692 and their ports are blended from port wines from their own estates; Vargellas, Terra Feita and Junco.

They are respected producers of wood aged ports and hold one of the largest reserves of rare cask aged wines and their style of Late Bottled Vintage Port was pioneered by the firm, making them a leader in production.

It all began when an English merchant by the name of Job Bearsley arrived in Portugal and began to sell red wines. His son joined him and went looking for terroirs that would make better wines and travelled through the mountains and valleys to find the best wines.

His son Bartholomew made a bold move and became one of the first Englishmen to buy a property in the Douro.

Because competition became fierce it was a good move for the company to buy a property as they could deal with local growers and build relationships with the farmers making them a strong contender in the wine business.

Francis his brother outlived his siblings and took over the business and made it through difficult times during the crisis years.

When Francis died, the company ran out of suitable family members and a son – in- law was appointed to run the company, but as a surgeon did not really have any knowledge on the products encouraging the business to trade medicines.

His son took over, but died at an early age and during the French revolution a solution came about as one of the employees was an American which the company gave a small share to in order to keep their company away from the French as they were allies and would not be considered an enemy.

Joseph Camo took the company through the storms of trouble and whilst invasions were happening, he tried his very best to ship wines to England which saved the company and turned it into a success.

Camo resigned from the company and Joseph Taylor took over from him and he was made a partner with Francis Gray before his death.

In 1824 the British firm went into liquidation and the only surviving relative was forced to sell his shares, making Joseph the sole owner of the firm in Portugal.

Taylor in poor health gave shares to a wine merchant and customer Morgan Yeatman and Matthew Clark, who formed a partnership and moved to Portugal.

Yeatman was a viticulturist and the two bought vineyards and land in the valleys of Portugal making their business thrive.

Today it is run by the descendants of the two and they have continued to make the business a success.

Wines and Port from Taylor’s

The Vineyards are spread across three different terroirs that are sustainably farmed and was awarded for their biodiversity.

They do not use herbicides and have natural plant growth and tracks for their tractors to pass through the land with very little interference when it comes to growing the vines.

The vines are over 75 years old with 60% of them making up the vineyard.

Nogueira Winery is where the company makes the wines from other estates owned by their partner groups and is equipped with innovative fermentation tanks that were designed by the Taylor team and the winery is one of the most advanced in the Douro Valley.

There are 32 of these tanks each equipped with a mechanical plunger which works on a customised cycle, according to the batch that they winemaker has selected.

They have a close relationship with the farmers and grape growers, allowing them access to the winery to learn about the process as well as maintaining the standards of consistency by working closely with a small group.

The cellars are located across the river from the old city Oporto and it houses most of the company’s reserves of wood aged Port and vintage Port cellars.

The cellars are long, cool and dark warehouses with granite walls and high ceilings allowing for even temperatures throughout the year.

Wines age in a cask or vat and the casks are seasoned oak barrels that are used to age Tawny Ports.

Contact between the wine and wood intensifies the ageing process and rich aromas of maturity develop quicker.

Oak vats have less contact between the Port and the wood used mainly in their fruiter styles Ports.

Below the cellars are tunnels that house the vintage Ports as they lie horizontally to keep the corks moist and they are then kept there until ready to be shipped when they are placed into crates.

Bottled aged Ports are Vintage and are Taylor’s iconic wines.  They are made from the company’s products on their estates and only three vintage years are declared per decade.  They have a Single Quinta, Vargellas Vinha Velha and they are all bottle aged.

The First Estate Reserve is blended with full bodied young red wines, then mellowed by several years of ageing in oak vats.  It has a deep ruby colour with aromas of blackcurrant, plum and liquorice

Fine Tawny is a pale brick and amber colour with aromas of ripe berries, butterscotch, figs and prunes with hints of nuts and spice

Taylor has the Bottled aged Ports that consist of 4 bottles of Vintage Ports, Full bodied and fruity consisting of 4 bottles, Rich and Mellow with 5 bottles, including Tawny, Limited Editions that have 5 bottles and Scion is one of them and in their White Ports they have a chip dry and Fine white.

Visiting is a must do and you are able to go down to the cellars as well as through the tunnels.  It is full of history and after tasting the 300 years of survival in the bottle you will get to feel the strength that has led them to be the best Port Company in the World and you can stay at their 5 star Hotel, The Yeatman.

Read more about the winery tour. 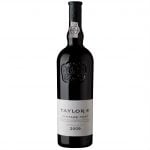 Classic Vintage was created with quality and total richness, very warming; a combination of massive structure and powerful fruitiness. 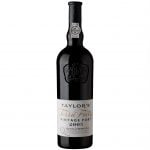 Quinta de Terra Feita is from the dazzling property of Terra Feita and an essential ingredient of Taylor’s Vintage Port blend that is rich and warming. 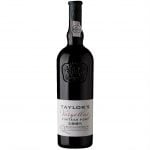 Single Quinta, Quinta de Vargellas is taken as a dessert wine, made with intensity and richness and one of the most expensive red wines from Single Quinta. 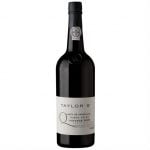 Vargellas Vinha Velha is taken as a dessert wine which is the third most highly rated and the seventh most-sought after Single Quinta Vintage wine. 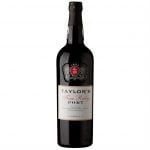 Fine Ruby Port is traditionally taken as a dessert wine produced from numerous grape varieties, which is an easy drinking entry-level port from Taylor’s. 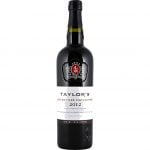 Late Bottled Vintage is made from different grape varieties considered as the most searched wine now in the Douro region compared to the previous year. 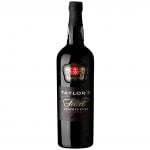 Select Reserve Port is a rich, velvety and warm dessert wine created uniquely and with high quality, which is aged and bottled for immediate drinking.
5/5 (1)