WorldsBestWines.eu » Red Wine from all around the World » Chile Red Wine

Wines are a hugely important part of Chilean culture and tradition.

Brought over by French conquerors and missionaries in the 16th Century, Vitis vinifera grape vines were planted by monks as early as 1520, and as a result, wine culture has integrated seamlessly with indigenous traditions and ritual. 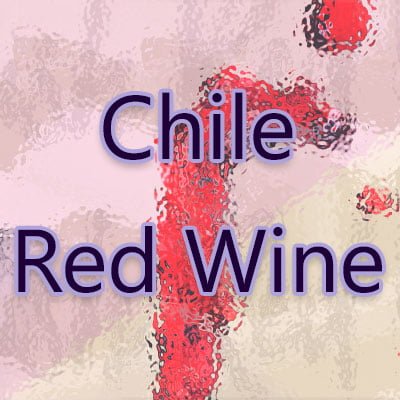 The main subsections of Chilean wineries are located from the Atacama Region to the Bio-Bio Region in the south of the country, adjacent to the Andes and the Pacific Ocean.

By the time Chile claimed its independence from Spain in 1810, the Chilean wine making industry was internally thriving, only to be deemed too poor a quality to export until the 1970s when the government looked into improving the quality of the wine.

By the 1980s, Chilean reds had become some of the most popular and widely exported wines from South America, accounting for one fifth of all exported wines in the world.

The wine regions in Chile have grown from just twelve in the mid-nineties, to over seventy vineyards today. With red wines, the main growing regions sit in the Atacama Region, Coquimbo, Aconcagua, the Central Valley Region and down in Southern Chile.

Unlike the language and many cultural traditions, Chilean red wine shares its heritage with French grapes and not Spanish.

Chilean Cabernet Sauvignon is a hugely popular export, due to the soil type it doesn’t have the same full-bodied flavour and its alcohol content is slightly lower.

Cabernet Sauvignon is widely enjoyed due to its overtones of mint, olive and blackberries, and with the seaside wind adding a tartness and acidity which European countries don’t have, this is a truly individual red wine!

Another popular grape is Carmenère. Grown and produced widely, its origins derive from an ancient Bordeaux grape that was previously thought to be extinct. Chilean Malbec, although grown in similar conditions to neighbouring Argentina, is another quirky and interesting choice, owning to its distinctive peppery flavour and acidity.

Pinot Noir is also an individual and widely enjoyed choice, as the cold wet mornings in Chile are very similar to the climate in northern California or southern France (notably great places in producing Pinot Noir). Flirty and light, this is the perfect wine to accompany fruit snacks and fish dishes.

The biggest difference in Chilean red wine is their staunch traditional barrelling technique.
Each harvest all red wines are placed in underground winery barrels, with the majority remaining for up to six years before bottling.

Chile, like Australia also has a monopoly on producing organic wine with ease and affordability.

The aphid and more common vineyard diseases are not found in this region, so grapes can be grown without commonly use pesticides found in European growing regions.

Those are all moderately priced and fantastic choices to enjoy great red wine from Chile.