Rioja is the most productive, as well as the most popular wine region in Spain.

This region has almost 140,000 acres as vineyards with the major part being occupied by Tempranillo variety. 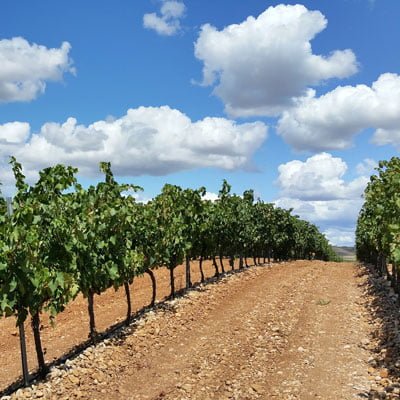 Little about the History of Rioja

Rioja, Spain was the first region in Spain to be awarded the DO status during 1933 itself.

The winemaking history of Rioja can be dated back to Roman times and is continuing till date.

History states that Rioja has started its wine production between 200 BC and 6th century.

However, the production started growing steadily only from the 16th century.

What is Rioja Wine made of?

When we say Rioja, the first thing comes to our minds will be the Tempranillo grape variety as it constitutes the major part of the mixture of most of the Rioja wine types.

In some cases, Tempranillo even constitutes 100% of the Rioja wines. It is to be noted that Tempranillo is the constituent of Rioja wines that gives the distinctive aroma of dried fruits along with a punch of mellow spice to these wines.

However, Rioja wines are not only Tempranillo! In general, Rioja wine varieties are a blend of more than one grape variety, which are believed to be any of the following:

Rioja Red (Tinto): Other than the well-known tinto Tempranillo, the most commonly used red grapes in Rioja red winemaking include:

The most typical mix would contain: Tempranillo 60%, Garnacha 20%, and smaller amounts of Mazuela and Graciano varieties.

As mentioned above, in this Rioja wine variety, Tempranillo will give the main flavor to these wines.

In addition, Tempranillo is also attributed to the aging potential while Garnacha gives body and alcohol to the wine. Mazuelo and Graciano are attributed for seasoning flavors and additional aromas respectively.

Rioja White (Blanco): Viura (Macabeo) is the major grape variety that is being used in Rioja blanco.

This white grape will be blended with other varieties like Malvasía and Garnacha Blanca. In this mixture, Viura is attributed to the fruitiness, aroma, and acidity of the wine while Garnacha gives body and alcohol, and Malvasía some aroma.

More wines from Rioja at page 2

Right from the ancient times until today, oak aromas and flavors are known to be the quintessential component of Rioja style wines no matter whether it is red or white.

It is to be noted that all the high-end Rioja red wines are aged using new oak barrels most preferably American oak.

However, a number of wineries are making use of American and French oaks in combination. This touch of virgin oak is the secret for Rioja’s unique punch of coconut, vanilla, and spices.

How Rioja Red Wines are classified?

According to the amount of time spent by Rioja red wines in the oak barrels, they are classified into following four types:

1. Rioja: This is the fundamental form of Rioja which has been matured only for a shorter duration (say few months) before the wine is bottled. This Rioja wine type will have the ripest taste as this is very young.

2. Rioja Crianza: This is the Rioja wine that has been aged at least for one year before being bottled. However, this wine would spend few more months in the bottle before being sold.

3. Rioja Reserva: This Rioja wine type will be made using only the best grapes from the harvest and is usually made only during the good growing seasons of the year. This will be aged for at least three years (one year in oak and two years in bottle).

4. Rioja Gran Reserva: This will be made only from the exceptional grapes harvested during a season and is matured in oak for at least two years.

After having matured in oak, this wine type would spend at least three years in bottle before being sold.

Thus, Spanish Rioja wines are distinctive and have gained an important spot in Spanish culture and cuisine today.