Languedoc Wines are the Most Wanted French Wines!

Languedoc, which is popularly known as ‘Languedoc-Roussillon’, is best known for its wines.

The wines that are being produced in this northern part of France are not only famous in the European continent but throughout the planet.

That’s why, when we look at the list of top 50 wines of the world, we could find that ten of them are none other than these Languedoc wines. 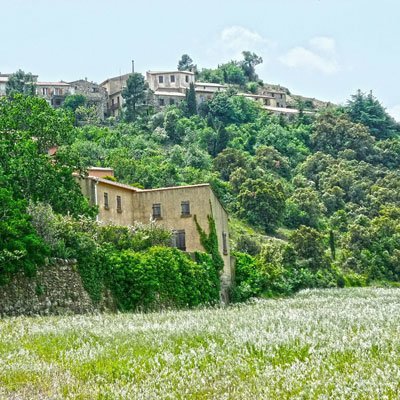 Now you know why this article got that title. Yes, it’s very apt to call the Languedoc wines as the ‘most wanted French wines’.

Here below we’ll learn a few things about these specialty wines from Languedoc, France…

Ten of the wines from this French region are included in the world’s best wines – now you are curious to know the names of those best wines, and here they are:

An Introduction to Languedoc-Roussillon Wine Region

Being a historic region, Languedoc-Roussillon has almost 700,000 acres under vine cultivation thus representing the single largest wine region in the whole planet.

Do you know that this region is responsible for over a third of total wines that are being produced in France each year?

When we look Languedoc as separate from Roussillon, we can understand that the personality of Languedoc is purely French.

Most of the vineyards of Languedoc are found to be present along the coastal plains.

The Languedoc wine region is found to be sharing several of its terrain, as well as the climatic conditions with Rhone and Provence regions.

Between the months of May and August, which are the highest growing seasons, the climate of Languedoc will be dry. This region would have maximum rainfalls during the winter.

As we can’t generalize the wine styles of the larger Languedoc-Roussillon wine region, we are dividing the whole region into three parts as follows:

This region is extending between Béziers and Nîmes wherein Languedoc is separated from the Rhône valley of France.

The style of the wines that are produced in this region is mostly Rhone-like. Thus, they have thick textures and higher alcohol contents.

The most prominent grape variety used here is Syrah which is known to go well with other grape varieties like Grenache and Mourvèdre.

This region of Languedoc-Roussillon wine region is found to be mountainous.

However, this is drier than the Eastern Languedoc when at the same time being colder.

These dramatic climatic conditions give the wines the unique style.

The most prominent grape variety used in this region’s wines is Carignan, which will be often used in red wines.

(Including south Corbières, Fitou, and Roussillon)

The southern Languedoc wine regions are found to be dry and hot and the best wine grape varieties from these parts of France are Black Schists, which are red grapes.

Some of the southern Languedoc regions are popular for producing the sweet fortified wines right from the ancient times.

More wines from Languedoc at page 2