Wines from the Chianti

The first Italian wine you have tasted, were probably a Chianti!

Chianti, which is among the famous Tuscan wine regions of Italy, can be called as ‘Italy’s classical wine region’ in all ways. 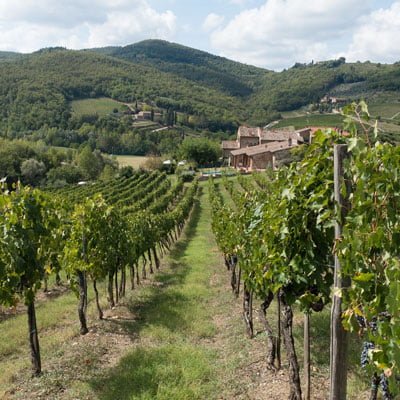 Chianti is home to the most popular and most iconic wines from the whole Italy.

Being the largest classified wine region of ‘Tuscany’, Chianti is producing more than 8 million cases of wine in a year, and is a popular destination for Chianti Wine Tasting Tours.

The wines from Chianti are often described as the perfect food wines. Not only in and around Italy, these wines are the most recognized in almost all parts of the world.

So, what makes the Chianti wines so popular? Let’s try to find out here…

As we look at the history of wine production in Chianti, we could see that the tradition of cultivating wine grapes in this region is dated back to the period of ‘Etruscans’ which is prior to the ancient Roman empire.

There is evidence that Etruscans cultivated wine grapes in Chianti and also conducted some experiments here.

Although this region has a historical significance in producing wines it became popular by its geographical location only during the middle ages.

The ‘Chianti’ wine zone was officially created only during the 18th century by ‘Cosimo Medici III’.

It is to be noted that initially the Chianti wines were made using a wide variety of local grapes.

The region got its DOC title during the year 1967 and in the year 1984, it was able to grab the ‘DOCG’ title, the highest level of promotion in Italy.

Chianti as a Viticulture Region

This wine region is covering a larger part of Tuscany and is found to have some DOCs and DOCGs overlapping with the other Tuscan regions.

The viticulturally zone of Chianti is found to be stretching into the following provinces:

Within the Chianti DOCG, we can find that there are eight sub-zones having permission to use their names on the wine label.

In general, the wines carrying the label as just ‘Chianti’ will be made from a blend of these eight sub-zones or will be made from grapes got from the peripheral regions that are not lying in the boundaries of the particular sub-zone.

The sub-zones of Chianti DOCG are:

Of these, the region’s most highly acclaimed wines are coming from ‘Chianti Classico’ as a result of which this region was awarded a separate ‘DOCG’ title during the year 1996.

Next to Classico, Rufina is also popular for its wines.

Chianti is all about Sangiovese

The Sangiovese is the grape variety that is forming a major part of the Chianti wine. This is the thin-skinned variety giving out translucent wines.

When we pour the Chianti wine into the glass, we could see a ruby red colour liquid which displays a ‘bright burnt orange’ hue.

More often, they would give out aromas of cherries and violets along with the hints of herbs, mint, and spices.

These will be supported by the optimal acidity and tannin levels.

Wines from Sangioves grapes would taste best after about 5 to 8 years of aging.

Since the year 1996, Sangiovese is continuing to form almost 75 to 100% of Chianti wines while the remaining part will be comprised of the grape varieties like Canaiolo (up to 10%).

Apart from Sangiovese and Canaiolo, the following grape varieties are also allowed for use in the making of Chianti wines but only up to 20%

The Chianti wines must be subjected to aging for at least four months as per the appellation laws.

But, for superiore designation, there should be an additional aging period of three months while for riserva, they should be aged for a minimum of 38 months.

The great combination of robust bouquet, with a less challenging body than heavier reds, make them perfect for accompanying food.

Yet despite these similar properties, many wineries really do differentiate themselves from the mainstream, by producing more interesting wines, with the same common theme.

For this reason, a wine tasting tour of the Chianti region is a thoroughly enthralling experience for your taste buds.

More wines from Chianti on page 2 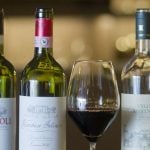 Chianti is produced in a region of Tuscany, the Chianti region is huge and overlaps several other prominent wine growing regions
5/5 (7)