Chardonnay is perhaps the most famous white vine varieties in the world. Its long history and popularity in in the white wine marker has made it the most consumed and sought after white grape in the world. 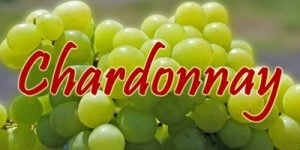 From England to Australia, this grape is to be found anywhere in the world’s corner where vines are grown.
Perhaps the main reason of Chardonnay’s popularity is its easy cultivation in practically any terrain and soil and the low cost it involves in producing these grapes.

In addition, Chardonnay’s wine market is huge enough for a starter to profit immensely and to start his/her own wine business despite the grape being mostly neutral.

However, because of its universality as a blending grape makes it an integral ingredient in sparkling wines and some even have their own expensive price tag and status.

Chardonnay exhibits a wide variety of flavours, never before observed in any white variety that makes it an excellent flexible choice for many vine growers.

All in all, the Chardonnay grape covers almost a whopping 400,000 acres of vineyards worldwide, second only to Airen, among white vines and planted in more regions than any grape variety.

More wine with Chardonnay grapes after the article …

Chardonnay’s exact origins, like most other grapes that grow side-by-side it, remains obscure and unclear.

DNA analysis is an effective technique to find out an organic substance’s past, and that has been rather successful in finding out some of the history behind Chardonnay’s origins.

The grape’s true origins still remained unclear and confusion ha since then prevailed when several ampelographers gave their own theories of origins.

Some said the grape has Middle Eastern origins that were brought to Europe by Christian crusaders while some suggest a more ancient origin.

The most plausible assertion is that the Romans brought the Gouais Blanc from Croatia where they started growing in eastern France, where it is still grown in plentiful.

The aristocracy’s Pinot Noir grew side-by-side with Gouais Blanc that resulted in a cross and Chardonnay arrived. Its parents, since being very genetically distant resulted in the Chardonnay exhibiting a high degree of breeding vigor, and that has resulted in some of the best grape varieties we know today – Aligote, Gamay Noir, Roublot, Sacy, Bachet Noir and many others.

In vine cultivation, climate, soil and time of harvest are perhaps some of the most important factors when it comes to a quality harvest.
Chardonnay grapes are highly malleable, in that these can grow literally on every terrain and topography.

This makes it very desirable to new and old winemakers, especially for the new members who have just entered into wine business.

Chardonnay is also characterized by its extensive leaf cover; this is counteracted by aggressive pruning and canopy management.
In certain conditions, the vine can be highly productive, especially those that are grown in France and Italy.

The area per yield is an important factor to ensure quality and that is countered by fixing yields to less than 4.5 tons per acre else the produce can result in low quality produce.

Time of harvest is another important factor. Chardonnay is an early budding grape and requires preciseness else it can lose its acidity and sugar content.

Erratic flowering, frost and several other such viticulture hazards damage the crop ad Chardonnay is not very resistant to such hazards.

Being early ripening, it does not do well when the autumn season sets in as that brings with the threat of rots.

Since Chardonnay wines are enjoyed almost at every corner of earth, these because of their wide variety of flavors and notes exhibited, also go well with almost any cuisine you could think of.

Risotto with butternut squash, Russian salad are just some of the examples among a list of many that can be enjoyed with very Chardonnay wine.

Chardonnay’s global popularity has earned it a plethora of names that is almost impossible to list them down here.
Because of its confusing nomenclature, most winemakers irrespective of the region and language they speak, prefer to name the grape as its original name.

Synonyms of chardonnay range from pure English pronunciations to French and Germanic, Slavic all the way to local dialects that are found in the Pacific countries like New Zealand.