What can you expect from the Valpolicella Wine Region?
Valpolicella, which is an important viticultural zone in the most popular Veneto wine region of Italy, is located on the eastern side of the Lake Garda.

Yes, this is the home of the world’s most unique Amarone della Valpolicella wine! 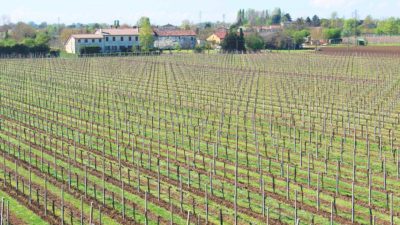 With the winemaking history dating back to the periods of ancient Greeks, this region is famous for its red wine range although white wines are also being produced here.

You know what? This region is just behind the well-known Chianti for the total DOC wine production.

By now, you would have understood that this region holds a lot for the wine lovers.

Let’s see what can be expected from Valpolicella here…

A Little about the Climatic and Geographical Conditions of Valpolicella

It is observed that most of the Valpolicella region is experiencing a continental type of climate.

It is found to be impacted by the Lake Garda and the Adriatic Sea that are located in close proximity to its western and southeastern sides respectively.

When we look at the southern and eastern sides, we can understand that the climatic conditions get warmer towards the fertile plains of the Adige River.

During the growing seasons, the Valpolicella experiences an average temperature of around 23.6 degrees Celsius and an average rainfall of about 860 millimeters.

That’s all about the region’s climatic conditions! Now, let’s see the soil types of Valpolicella:
The soils in the vineyards of Valpolicella are diverse, ranging from morainic gravel to dolomite residual gravel.

The soils in the fertile plains of Valpolicella are found to have alluvial deposits. In particular, the vineyards near the Soave DOC have volcanic soils.

Although the entire Valpolicella district is suitable for vine cultivation, the most favorable area for vine growth is found to be the foothills of Monti Lessini.

Here, the vineyards are found be located at the altitudes of 490 to 1,500 feet above the sea level.

These hills, which are located on the northwestern side of the Verona Town, are traditionally classified as classic zone. It has been noted that more than 40% of the total wines produced in Valpolicella is from the classic zone.

And today, the name Valpolicella Classico is duly noted on the labels of the wines that are made using the wine grapes that are cultivated in this zone. This particular zone is contributing around 460,000 hectoliters of wines every year.

As mentioned above, a majority of the wines produced in the Valpolicella region are reds and most of them are found to contain the region’s most unique grape variety called Corvina.

The basic type of Valpolicella wine will be light-bodied with sour cherry flavors.

Apart from these, we can also find full-bodied, sweet recioto and Amarone wine styles in the Valpolicella wine district. These are DOCG wines with an alcohol content of 15 to 16%. Since the later part of the 20th century, a new wine style called Ripasso emerged in this region which received its own DOC designation recently.

Another successful method employed in the production of Valpolicella wines is called Passito.

Other than Corvina, the region uses some other grape varieties too. They are: